Our first grave of interest is that of Arthur Chadwick – a big name in Exeter City’s early history. Chadwick, a northerner, had been a good player gaining two international caps for England. After starting out with Accrington and Burton Swifts he made his name for Southampton winning three Southern League titles as well as appearing in the 1900 Cup Final. He moved to Portsmouth and won another Southern League title before signing for Northampton and then Accrington again.
Chadwick joined Exeter in April 1908 as Player Manager of the team that was about to turn professional and join the Southern League. He scored on his debut v Norwich at St James Park. Chadwick soon hung up his boots and from 1910 focussed on management. It was to be a long association as he only finished in the role in December 1922 by which time he had guided the club through the First World War and into the Football League. He used his northern contacts to bolster the team throughout his time at the club. Subsequently Arthur managed Reading and Southampton before resigning in 1931. He actually died at St James Park watching Exeter v Clapton Orient in 1936. 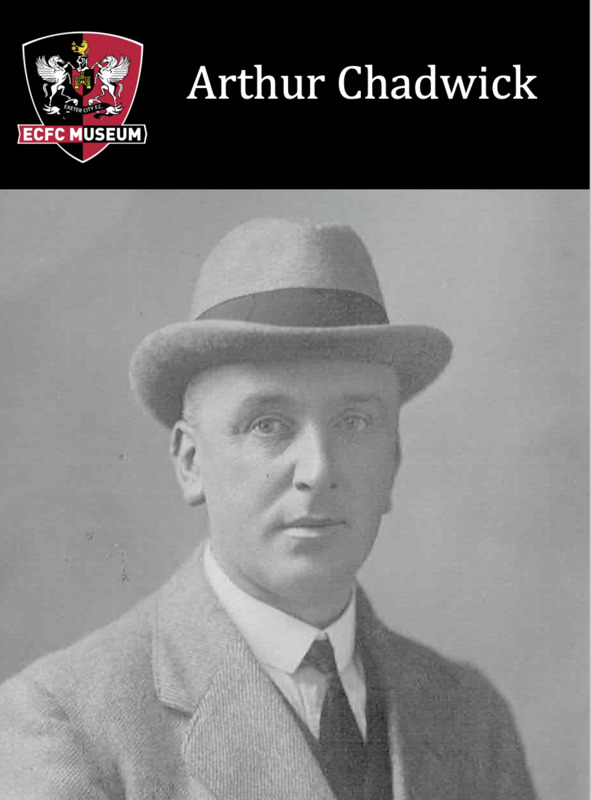 Zoe can you contact us via the club’s e-mail?