We now come to a memorial with strong connections to Michael McGahey , the first Chairman of professional Exeter City and someone who would have worked closely with Arthur Chadwick.

Michael McGahey was a partner at Dunn and Baker and a prominent local politician. He was an ideal person to be recruited to the board and indeed Chairmanship of the club – a position he held for over 20 years. He shared the office with Club secretary Sid Thomas (whose grave we will see later) who no doubt had a role in recruiting him.

McGahey oversaw, with Thomas, a series of momentous stages in the club’s development: Turning professional, the trip to Argentina and Brazil when Exeter became the Brazil national team’s first ever opponents (McGahey went on this trip and wrote an amazing set of eye witness accounts for the Express and Echo), reconstruction after the first world war and in 1920 joining the Football League.

Michael is not buried in the cemetery – he was cremated in Plymouth – but his first wife Isabella is here alongside other members of the McGahey family including his son Edgar. Michael, Isabella and Edgar are all in an iconic photograph of the McGahey family taken in about 1910 with the children in replica shirts. 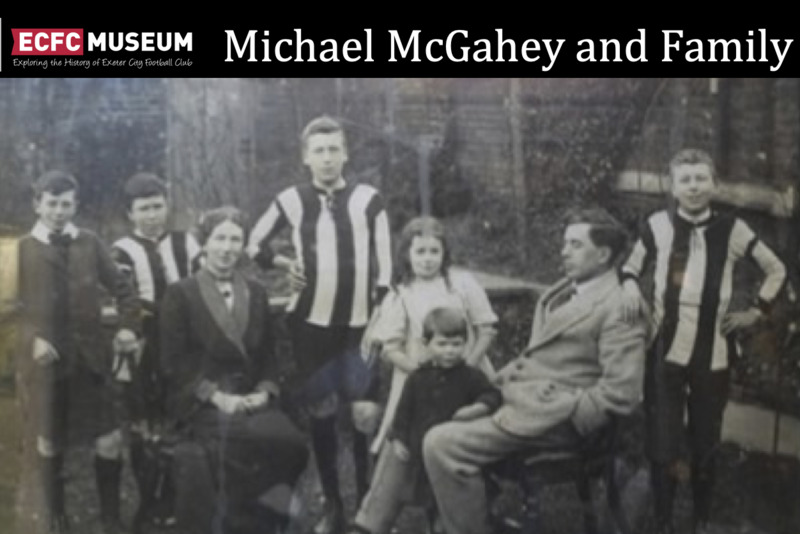