Exeter City is very proud to be a fan owned Club –the Supporters Trust was set up in 2000 and took over as owner in 2003. This was the culmination of a long history of fan involvement. And here we have the grave of one of the early pioneers. Devenish, a former Director of QPR, proposed a Supporters Club in 1911 and it was instituted early the following year. Devenish was its first Chairman as they quickly set about fund raising events. Sadly he died later that year.
Before 1908 football at Exeter City was an amateur game. And the next memorial remembers one of the players from that amateur area who died in momentous circumstances. 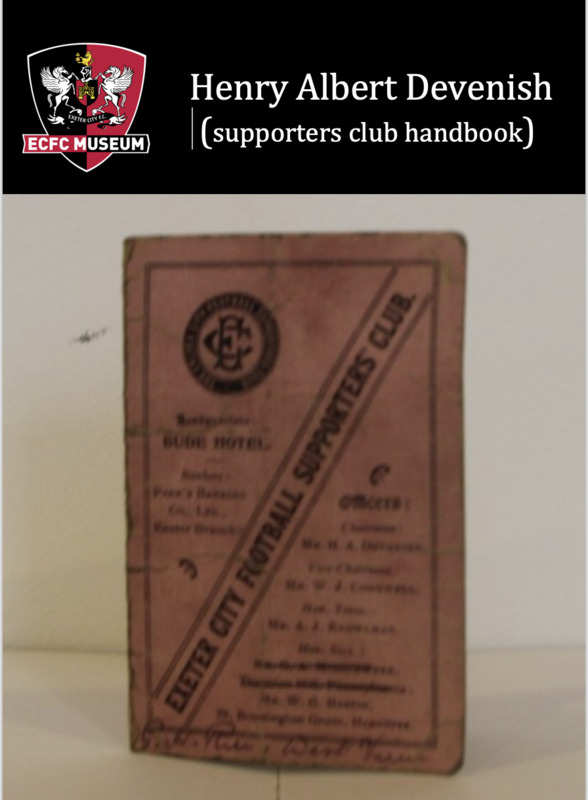