Playing with Thomas in the following season was another young promising player Henry Dyer. Henry had led an interesting life having been born in India where his father was serving with the Devon Regiment.

Once in Exeter Henry began an apprenticeship with Willey and Company, the iron Founders off Alphington Road from where he also attended the Manual School, part of the Royal Albert Memorial College. Known as ‘Harry’ to the fans he played 11 times for Exeter City’s first team – the first being on 3 October 1907. He was a fullback.

In early 1908 Dyer gained employment with the White Star line based in Southampton. After working on shore he was appointed to the Adriatic and then 3 years later to the Olympic. The following year (1912) he gained employment on the Titanic as a Senior Assistant Fourth. Sadly he lost his life when the ship sank on its maiden voyage from Southampton to New York.

His body has never been identified but there is a memorial to him here and on various memorials in Glasgow, Liverpool, Southampton and Belfast. 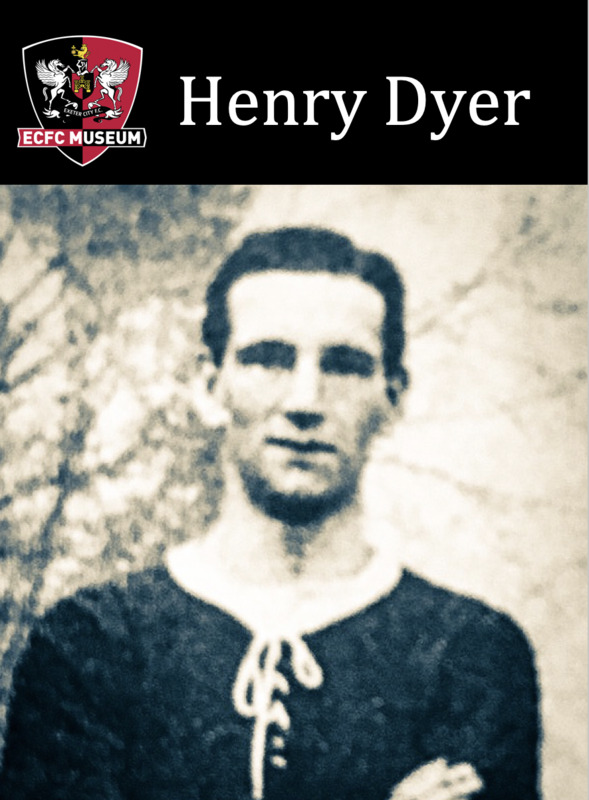