The German air raids on the night of 3 and 4 May 1942 were devastating. 30 acres of the city were destroyed including St James Church next to the Football Ground. 156 people were killed and 583 injured. Those killed are remembered here where many of the graves of victims are located. Exeter City Football Club lost two prominent members if its family – both killed while on air raid duty. These were Club Chairman Lt Col Frederick Hunter and former player Albert Potter. Hunter is buried at St John’s in the Wilderness Church, Exmouth and Potter in Whipton Chapel graveyard. The club laid wreaths on the 75th anniversary of their deaths. 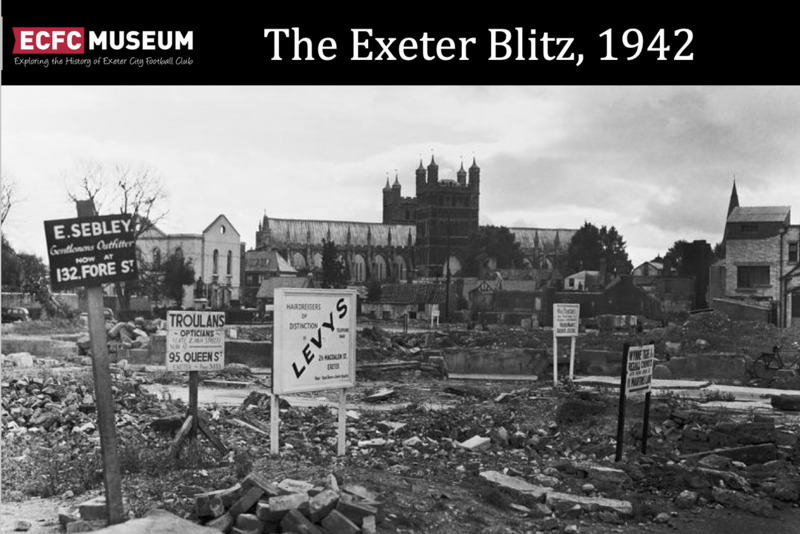