If anyone can be said to be Mr Exeter City then that honour must go to Sid Thomas who played just about every role you could imagine at the club over seven decades. Sid was one of the founders of St Sidwell’s and began playing for them aged just 15. He was leading scorer for the side who won the Exeter and District League two years running – he scored 41 goals in 1901-2 a club record to this day.

While still a teenager he became club secretary and played a leading role in the change of name to Exeter City. Thomas scored the winning goal in the first ever game played under the Exeter City name at St James Park in 1904 and he continued to play for Exeter until 1908, scoring 16 goals in 38 games.

Sid was part of the driving force to turn Exeter city into a fully professional outfit for season 1908-9 when the club was elected to the very strong Southern League.

Players like Thomas and Dyer had all been amateurs. A limited company was set up – Exeter City AFC Ltd – and its first secretary was Sid Thomas. Sid was clearly a very competent administrator – in his day job he was a Managing Clerk with Dunn and Baker Solicitors in Southernhay.

Sid continued as Secretary until 1936 – 34 years in post. In 1929 he even took on the managerial duties for two months when a manager resigned and there was a hiatus before a replacement was agreed.

Although Sid gave up being Secretary in 1936 it wasn’t for a quiet life. He became a club Director and then after the death of Frederick Hunter in the Exeter Blitz in 1942 became Chairman. Sid by now lived close to here in Stanway, off Whipton Lane. His was the only house in the street with a telephone and one suspects he was often busy on it on City business.

It was only in 1957 that Sid finally stepped down from an active role and even then he was made Life President a role he continued to his death in 1972 – an amazing 71 years service as Founder, player, goalscorer, secretary, director, Chairman and President.

His memorial stone was looking the worse for wear but after his induction into the Exeter City Hall of Fame in 2017 his family set about restoring it. Essentially giving it a very good clean. It now gleams as good as new and is a great example of what can be done to maintain a gravestone. 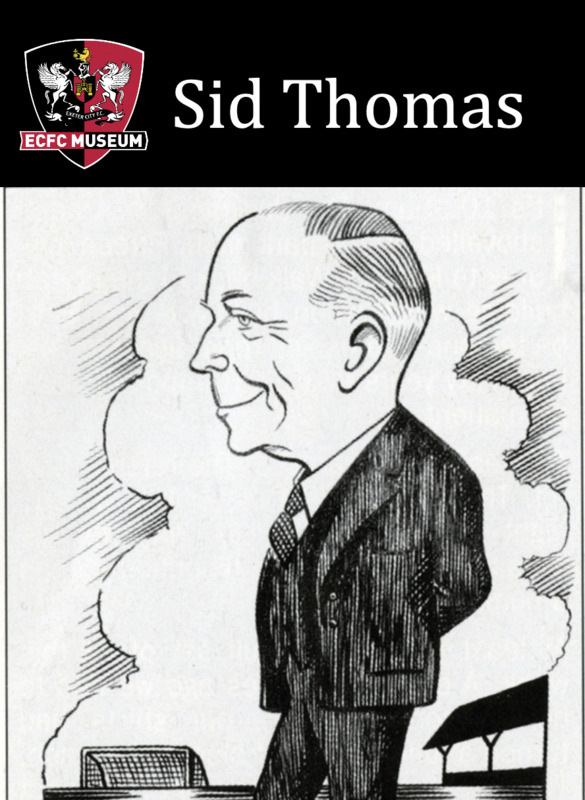