We now have the grave of a player from more modern times – George Willis. George was typical of his generation in working as a miner after he left school. He was on the books of Wolves and then moved to Brighton and Hove Albion and then Plymouth Argyle. An inside forward, he was bought by Exeter City in 1956 for the fee of £250. George, who was on a wage of £14 a week, scored on his debut for Exeter against Northampton. An injury curtailed his Exeter career and after 26 appearances and 3 goals he moved on to non league football. In later years George worked at the University as Manager of the Ewe bar and he and his son Roy were season ticket holders at St James Park. George died in 2011 and his funeral was held here at the Cemetery. 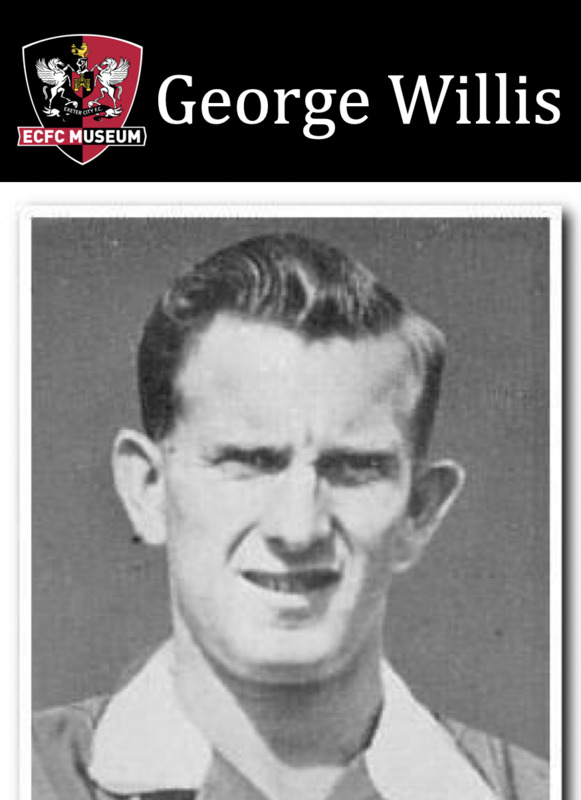