Henry Duke was MP for Exeter between 1911 and 1918. He came to the rescue of Exeter City FC when they faced problems because their pitch was too short for FA Cup regulations. As a result they had to play some home FA Cup matches at the old County Rugby Ground in 1909 and 1910. Duke got involved and persuaded the landowner at the Old Tiverton Road end to sell him enough land to enable the club to extend the pitch. The resulting terracing at that end was for many years known as the Duke Bank. The terrace was opened at the home game with West Ham in October 1911. Duke’s daughter cut the tape. There is no memorial for Duke on what is the family vault. However the commonwealth war grave of his son in law Major FJS Davis is situated on the site. 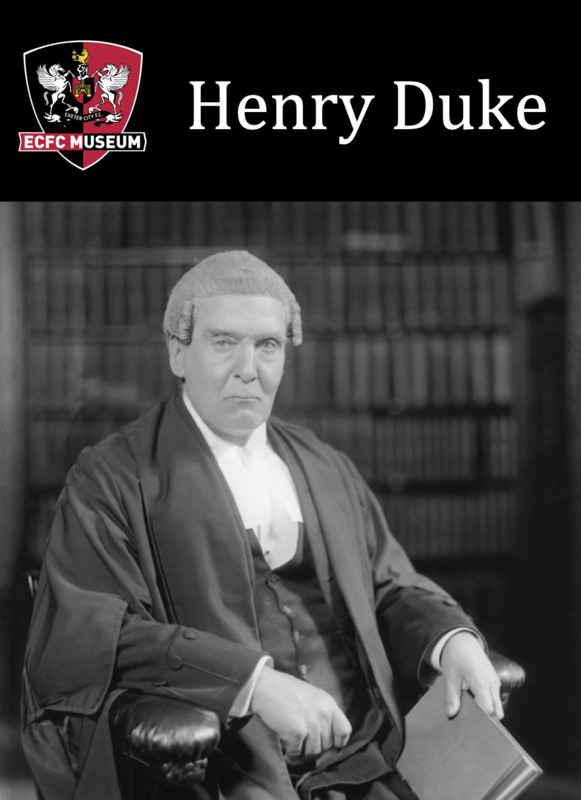