Sid Hetherington was a promising and clever forward who had been on the books of Carlisle United, but who learnt his footballing craft whilst serving with the Royal Garrison Artillery as a Bombardier during the First World War and playing for the Army.

A Scottish schoolboy international, Hetherington moved to Devon and in January 1920 was given a trial with Exeter City, signing professional forms in August 1920 after the Grecians had been elected founder members of the Third Division (South). Hetherington would spend most of his time with the club playing for the reserves but was called up for his League debut for the match with Newport County on 25 September 1020, appearing at inside-left in the side’s 1-0 defeat. He wouldn’t appear in the first team again until the following January, being unfortunate enough to be part of the side humbled 7-1 at Merthyr Town. Hetherington went on to make eight League appearances during 1920-21, scoring his only goal for the club in the 2-1 defeat at Portsmouth on 25 March 1921.
By the beginning of the following season he had signed for Halifax Town, who themselves had just been elected as founder members of the Third Division (North) and was a member of the side defeated 2-0 by Darlington in the opening match on 27 August 1921. However, when the two sides met at The Shay a week later in what was the first match played on the new ground, Hetherington retained his side and scored the fourth goal, a header, in their historic 5-1 victory. The Shaymen found that first season of League football heavy going but Hetherington had netted eleven goals when he suffered a fractured shin bone sustained by Bob Musgrove in the match at Durham City on 4 March 1922, an injury which forced his premature retirement from the game. Indeed, Hetherington never kicked a ball in anger again and at the end of the following season he became the first Town player to be afforded a benefit when a Halifax Town side defeated a Football League X1 3-0 on 3 May 1923.

Residing in the Boothtown area of Halifax, Hetherington became a crown green bowls champion with the Akroydon club and worked as the Maltings manager with Whitaker’s ‘Cock of the North’ brewery in Halifax. Married to Agnes, he returned to live in Devon upon retirement. 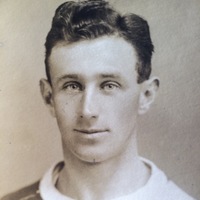 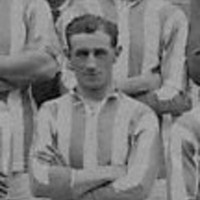 Hello, Halifax Town historian here. Researching Sid Hetherington, I've come across a report of a game between Southend-on-Sea v Exeter City on 17 April 1920. Exeter have a player called Hetherington: 'Hetherington, the schoolboy international, figured in the Exeter eleven'. Is this the same player who played the following season in the Third Division (South)? At some point he was with Southwick in the north east before joining Halifax Town in August 1921.