Lancashire team, Atherton, was his first professional club where he was a team mate of Exeter City player Joe Coleburne.

Prior to signing for Atherton he had been playing for Scowcroft’s Colliery.

After playing for Atherton for 12 months, Appleton was signed by Blackpool who regarded the player as one who could fill a number of positions.

Barring a brief spell with Bolton Wanderers in war time football, Appleton made 33 league appearances for Blackpool, scoring three goals, during his six years with the Bloomfield Road club.

Appleton could play in every position in the forward line, although was primarily a right-winger.

It was his speed and cleverness on the wing that helped Blackpool reserves win the Central League championship in 1920.

Signed for Exeter City in the summer of 1920, he lined up in in the Grecians’ first ever game in the Football League, as Brentford were beaten 3-0.

In the press at the time of his signing it said:

"Born at Bamfurlong, near Wigan, an important coal mining area. But as his rosy complexion indicates, Len has always worked "on top". At first glance he pays a striking resemblance to John Dockray, but of a slightly heavier build. He is in his 26th year, stands 5ft 6 and half inches tall and weighs 11st 2lb. Atherton was his first professional club, and Joe Coleborne and he were contempories there before the War when the Lancashire Combination was recognised nursery for all the best clubs in the country, and Atherton, of course, was the brightest star of the completion. It was from Atherton that John Fort and Jimmy Rigby came.
After 12 months at Atherton he was snapped up by Blackpool, who saw him as a valuable utility man for the forward line. Barring a brief spell with Bolton Wanderers in war-time football, Appleton has assisted Blackpool regularly during the last six years, and at various times came into contact with several of his present colleagues. He has filled every position in the forward line, but last season played at outside right, mainly in the Central League team, and to his speed and cleverness on the wing and fine judgement in centreing is due in large measure the fact that Blackpool romped home at the head of the competition."


Although a regular in the City first team he moved on at the end of that season to join Southport, adding a further 21 league appearances to his tally. 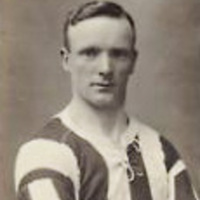 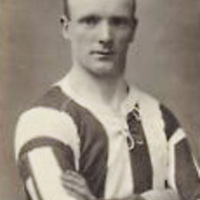 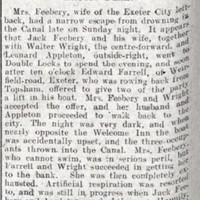