The medal was given to Exeter City FC (alongside a plate, not pictured) for their runner up title on the 2nd of May, 2009, in the Don Valley Stadium after their away match against Rotherham United, which was also their last game of the 2008-2009 season. The year prior, ECFC had just returned to League Two after five years in the Conference National (now known as National League), and gained back-to back promotions by becoming runner-up of League Two. This was the fourth league promotion for Exeter, and would be their highest level achieved in the Football League since 1994.

Medal awarded alongside a commemorative plate. 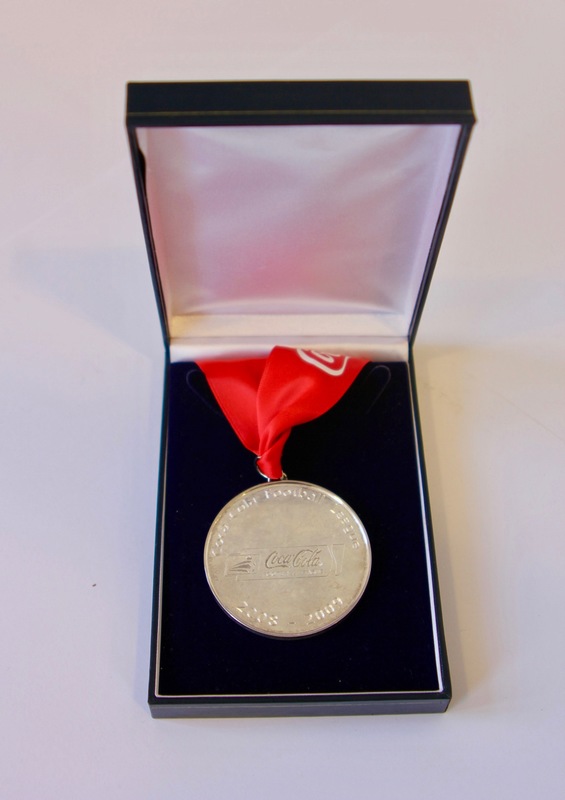