Anthony Kellow is one of the most famous players in City history. Following the 1980/81 season in which he scored a total of 25 goals in 46 appearances Kellow was awarded the adidas Golden Boot and the Player of the Year.

He first signed in Exeter in the summer of 1976, following a stint with Falmouth City, and in his first season he scored 19 goals in 46 appearances, with two of these goals being scored in his debut for City in a 2-2 tie with Hartlepool. The following seasons Kellow proved just as lethal scoring 14 goals in 77/78 with 46 appearances, and another 14 in just 17 matches in the 78/79 season. By the time Kellow had been sold to Blackpool in November 1978, for a record fee of £105,000, he had scored 40 league goals in 107 matches.

July 1985, he topped City’s goal chart though the club was struggling, and he only managed to score 9 goals. The following season, 1986/87, proved more successful for Kellow, managing to score 15 goals in 33 matches. In his final season, Kellow scored 4 goals in 16 matches, not bad for a 35-year-old. Kellow’s last game for City was the 30th January 1988 where he was introduced as a substitute in a 1-0 loss to the Tranmere Rovers. 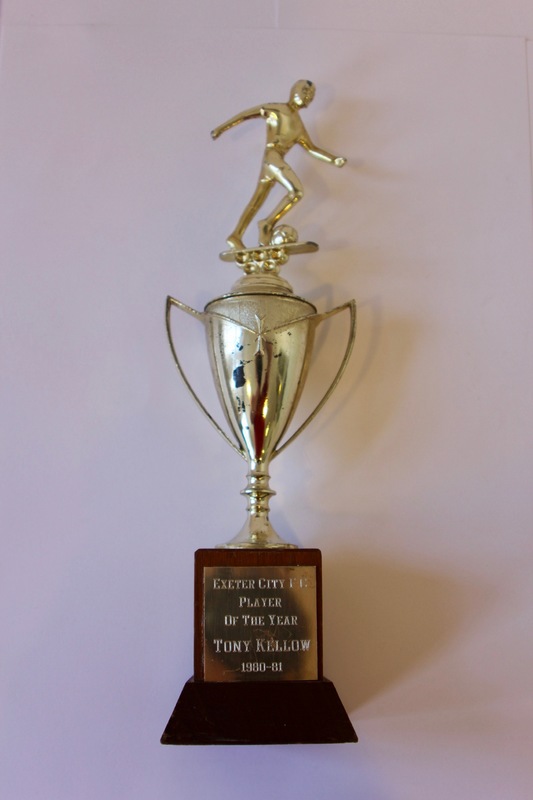