Item is a silver plate with “Coca-Cola Football League Runners Up 2008-2009” inscribed around the edge, with the Coca-Cola League 2 logo in the centre.

The plate was given to Exeter City FC alongside a medal for their runner up title on the 2nd of May, 2009, in the Don Valley Stadium after their away match against Rotherham United, which was also their last game of the 2008-2009 season. 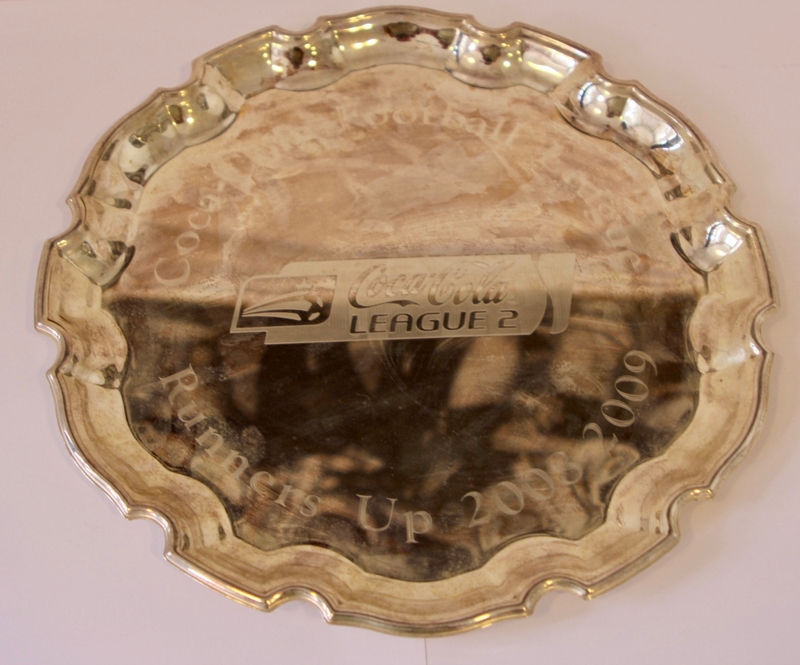