Squad photo from the 1912/13 season in which Exeter finished 7th in the Southern League. Division 1 In this season however, they failed to make the First Round Proper of the FA Cup. The "Away" match against the Royal Marines on the 23rd of April was played at SJP.

Exeter reached the final of the Devon Senior Cup for the 1st time, but lost at Plymouth. 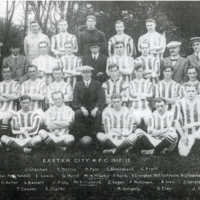 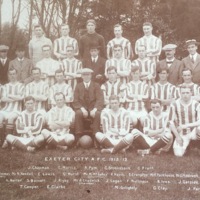