Long before the vuvuzela tormented our ears at the 2010 World Cup in South Africa, football rattles, or clackers, such as this one were common on the terraces of English football.

This particular rattle is similar to those used by Air Raid Protection (ARP) Wardens in World War Two to warn of enemy gas attacks.

After the war they were used for another purpose, to create atmosphere at grounds, such as St James Park, until they were banned in the 1970s.

This rattle, decorated in Exeter City colours, was 3D scanned and modelled by Graham Fereday, and the team, at the Digital Humanities Lab at the University of Exeter, during the Heritage Lottery Funded 'History of St James Park' project. 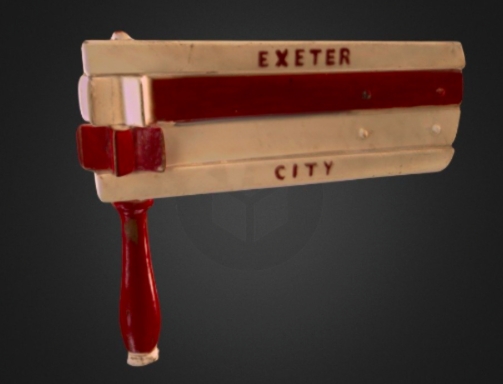