Squad photograph from the 2012/13 season where Exeter, back in League Two, finished in 10th place. On the cup front they lost in the First Round of both the FA and League Cups, as well as the Football League Trophy. Chairman’s Opening Remarks: The Chairman welcomed everyone to the meeting and reflected on the disappointment of relegation. The Chairman emphasised the structure and nature of the Club and in particular the need to establish a realistic working capital fund so that there was less reliance on windfall income to fund progress.

The Chairman was positive in explaining the Club’s ambitions to see a quick return to League 1 and beyond; and the structure and establishment of the business is steadily growing towards that arrangement. The Chairman made particular reference to the work of all the staff and the volunteers and paid tribute to their hard work and dedication.

In addition the Chairman thanked Flybe, who have now been main sponsors of the Club for nine years, for their continued support and indeed to all our sponsors. The Chairman concluded by expressing his support for the model of Trust majority ownership and how he had done so at every opportunity at formal FA & Football League meetings.

Cliff Rice asked if the Club were at risk of losing money as a result of Swindon Town’s financial difficulties. Julian Tagg explained that the income payments relating to the transfer of Troy Archibald-Henville were totally up to date

Acceptance of the Minutes of the previous AGM: These were accepted unanimously.

Annual Report: The Chairman presented a brief overview of the Report and explained that there had been a small trading profit during the year, but once the accounting conventions of discounting deferred grants and depreciation were included there was a book loss of approximately £94k. However, this in no way affects the ability of the Club to trade, nor the amount of money available to the business.
The Annual Report was accepted.

The Annual Accounts for the year ended 31 May 2012 were presented by the Finance Director.
Mr Carter said that he thought that the figures didn’t mean a thing. The Chairman reminded the meeting that the Accounts had been fully audited by a well-respected firm of accountants who were satisfied with the content and procedures.

The Finance Director said that much of the background detail was historical and related to the time when the Flybe and Big Bank stands were built and concerned write downs over the period of the lease on the stadium. The Finance Director further explained the context and position of the Supporters Trust long-term loans to the Club.

Jay Milling, on behalf of the Supporters Trust, asked if the stands etc could be re-valued as and when a new stadium lease was achieved. The Finance Director agreed that they could, but this was an internal decision of the Club and not a requirement of the auditor.
The meeting accepted the accounts.

Dividend: The Board proposed that no dividend be paid in respect of the year ended 31 May 2012. This was agreed by the meeting. (NB. the Company/Club has never paid a shareholders’ dividend.)

After the formal meeting was closed there was a short, informal discussion.

1. Jay Milling asked if some details of the work of the retiring directors being submitted for re-appointment could be made available in advance of future AGM’s and it was agreed that this would happen.

2. Mr Carter expressed his opinion that the Club should consider buying the ground from the Council instead of leasing it. The Chairman explained that there was no likelihood of achieving the funding necessary in the immediate future. Mr Carter said that he was aware of individuals prepared to donate to the Club, who would only do so if the Club regained the freehold of the site. It was agreed that the Board will continue to work towards this aim as and when it was financially prudent to do so 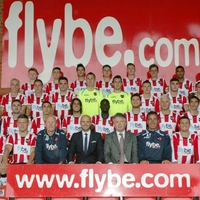 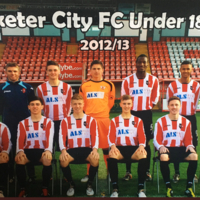