Playing for Shawfield Juniors in Glasgow, Jim Currie earned his first senior chance with Falkirk in 1955. Although he only made six Scottish League starts, scoring one goal, he top scored for their reserve team with 26 goals.

He signed for Exeter City on a free transfer in June 1956, on his signing the press wrote the following
"This strong, fast-off-the-mark forward from Falkirk has a fine goal scoring record. And in the practice games he showed how he notched 27 goals for the Scottish club's reserve side last season. As he is only 23 years old he is a player with noth experience and the time on his side to improve. He is a keen golfer and a likeable personality, and he looks like being worth the trouble the City manager took in order to sign him."

He made his Grecians debut against on the opening day of the 1956-57 season in a 1-0 defeat at Coventry City. It proved to be a very good season for Jim as he topped the Exeter scoring with 17 goals from 45 starts.

He asked to go on the transfer list in August 1957 and a month later Gillingham and Tranmere Rovers enquired after him. The Grecians sold Currie for the princely sum of £1,000 to Workington in October 1957, after his wife said she couldn’t settle in Exeter. He stayed with Workington until the end of the 1959-60 season, although he never quite recaptured the form he had shown at St James’ Park, scoring a total of 8 goals in 23 league appearances. 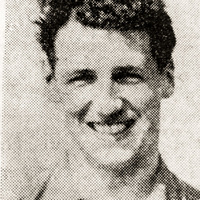 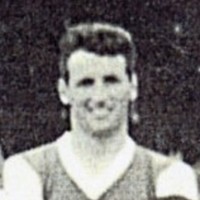