On the books at Norwich City as an amateur, he earned his first professional contract with Southampton in May 1937, going on to make three league appearances for the Saints.

Linking up with Exeter City in July 1939, his playing career was put on hold for the duration of the Second World War. He was involved in the war in Burma.

He was back in the side for 1946-47 though, when he featured in 35 Third Division South fixtures, scoring two goals.

His last season at the club,1947-48, saw him play in the opening three matches, only to lose his place and eventually led him to being released.

He made a playing comeback when turning out for City reserves in August 1948 at the age of 43, after an injury crisis left a shortage of players.

Later in January 1949, he scored hat-trick of penalties in City reserves Southern League fixture at home to Worcester City.

Although had an offer to join the coaching staff at Chelsea, he preferred to look for employment locally.

He had a joint benefit match with Jimmy Gallagher in May 1950 when Exeter City played Leicester City. 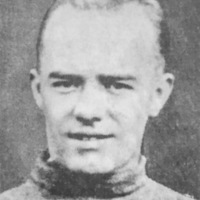 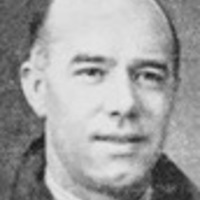