Lawson D’Ath was a prolific goalscorer for Reading’s reserve and Academy teams, making his first team debut in the FA Cup Third Round in January 2012 against Stevenage.

In February 2012 he went on loan to Yeovil Town, staying until the end of the season. His next loan spell at Cheltenham Town from October 2012 to January 2013 saw him score on his debut in a 3-0 home win over Exeter City, In March of 2013 he found himself on loan at St James Park, again scoring on his debut.
Returning to Reading at the end of the season, he joined Dagenham & Redbridge on loan in November 2013, staying until the end of that season, at which point he was released by Reading, joining Northampton Town in August 2014.
On 6 January 2017, Lawson signed a one-and-a-half-year contract with League Two club Luton Town.
In June 2018 he was signed by Paul Tisdale for Milton Keynes, after playing 15 times for them, but was one of 15 players released at the end of the 2018/19 season.

He signed a two year contract  for Yeovil Town in July 2019. 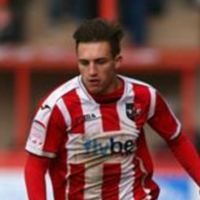 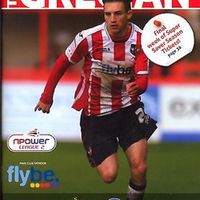