A former apprentice with Plymouth Argyle, he signed a full contract with them in July 1966 and represented England at youth international level in 1967.

He was regarded as a forward early in his career, then played full-back and midfield.

Davey made 224 league appearances for Argyle, scoring 47 goals during his nine seasons of first team involvement at Home Park.

He moved to Hereford United in August 1975 and remained for three years, making over 100 league outings for the Bulls.

His next move was to another Naval city, Portsmouth, who he signed for in June 1978, adding a further 92 league matches and 8 goals to his tally.

Signing for Exeter City on a free transfer in August 1981, he said: “It is like going home for me as I started my career at nearby Plymouth Argyle.”

Davey made his Grecians’ debut in the opening game of the season, a 1-1 draw at Huddersfield Town, but not before he did an emergency stint in goal in a pre-season friendly at Wimbledon after regular keeper Len Bond was injured during the game.

After one season at St James’ Park, Davey moved to Bideford. He later played for Liskeard Athletic. Davey owned a residential home for the elderly in Plymouth. 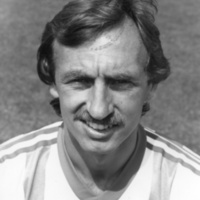 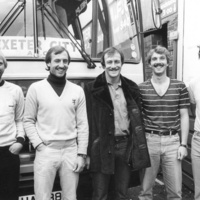 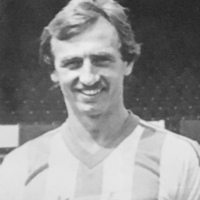