Although born in Barrow, Davies was a Welsh Youth international who started his professional career with Preston North End in October 1977 after a spell as an apprentice with the Deepdale club.

However, he didn’t figure in Preston’s league side and was then signed by Newport County in July 1978, where he immediately became a first teamer going on to make a total of 150 league outings, scoring one goal.

He won the Player of the Year honour at Newport in 1982, but by February 1983 had moved on to join Exeter City on loan.

He was to play in seven consecutive matches for the Grecians, the first of which was in a 4-2 home win over Bournemouth.

Davies had an opportunity to sign for Yeovil Town in the summer of 1983, but by that time had decided to have a change of career by joining the Police. He did, however, play for Risca United and then Cwmbran Town. 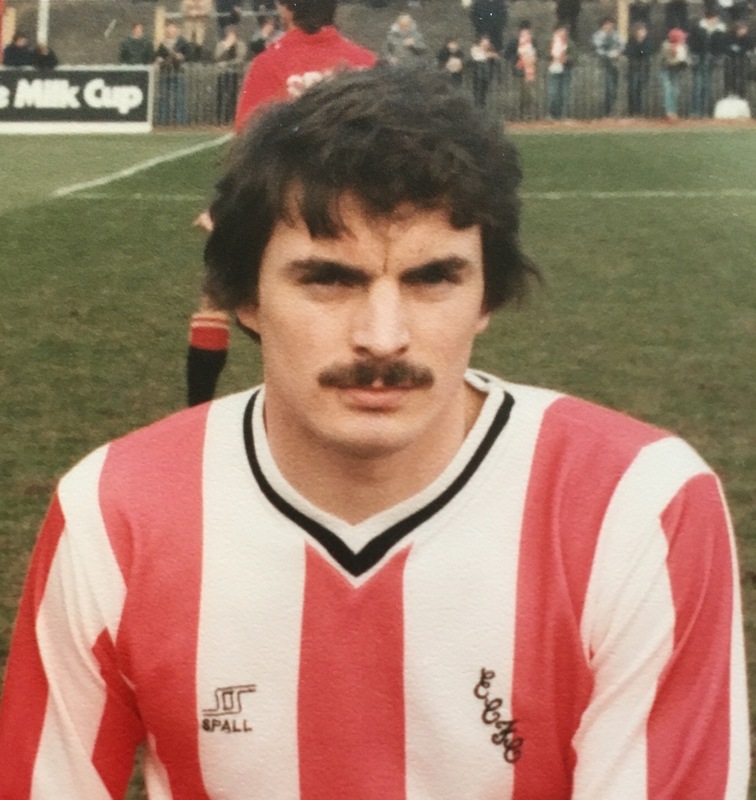