Former Welsh U-21 left-back, Davies played under manager John Bond for the third time in his career while at Swansea City.

He was Norwich City's youngest-ever League debutant at 17 years 29 days old in April 1974 but had limited top-flight opportunities and joined Newcastle United for £150,000 in June 1979.

Davies made his debut for the Grecians in a 3-2 defeat at Tranmere Rovers, but he played in the next four matches, only one of which was won by City. He was soon to leave St James’ Park and signed for non-leaguers, Diss Town.

He was back in the Football League though by August 1985, joining Bristol Rovers. But once again he never stayed long and three months later had moved to Swansea City, where he unfortunately sustained a broken leg.

He later played for Gloucester City and then retired from playing to live in Nailsea. 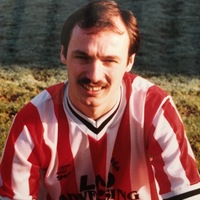 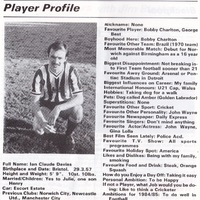