After playing for local team, St Cuthberts, Dent signed initially as an amateur for Sheffield Wednesday, then as a professional in 1920. He played four league matches and scored one goal.

Making the short move to Halifax Town in 1921, he stayed at the Shay for two seasons and hit 12 goals in 38 league appearances.

Halifax put a transfer fee on the player who decided that he would drop into non-league football by signing for Mid Rhondda.

Whilst there he was selected and played for the Welsh League XI against the Irish League XI in Dublin.

Signing for Bristol City for the 1925-26 season, he netted one goal in 12 league outings.

He then moved to Exeter City in the summer of 1926 and was an big success after making his debut for the Grecians against Norwich City in a 4-4 draw in Norfolk.

He couldn’t stop scoring in the 1927-28 season and ended with 26 league goals in just 34 games, including netting four in one match against Bristol Rovers, City winning 4-1.

Surprisingly, he moved back to Wales, with Merthyr Town in 1928, but his stay was a short one as he linked up with Norwich City the same year where he scored 12 goals in 24 starts.

Once again he left fairly quickly and signed for Swindon Town for 1929-30, adding a further 6 goals in 21 league matches.

He became head of the labour exchange in﻿ Sh﻿effie﻿ld.﻿﻿ 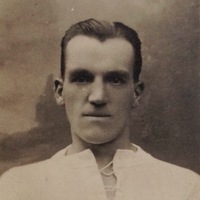 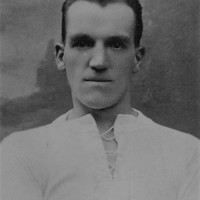 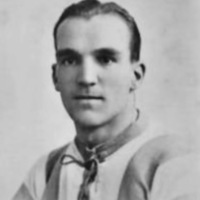 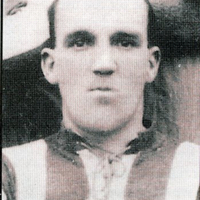 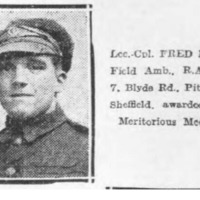 Thank you. Fred was my Great Grand Father.

John, thank you, we have updated the entry to include this information.