Formerly a junior player with Manchester City, Gary Jackson was spotted playing for Manchester Boys and signed as a junior for Manchester City, signing professionally in October 1981. Despite making his full debut against Manchester United in February 1982, he only managed 8 appearances for City before moving to Exeter on a free transfer in September 1985.

He went straight into the City first team, making his debut against Wrexham at the Racecourse Ground.
Playing fairly regularly, Gary netted twice in his first season with the club, a season that ended with the team struggling in the Fourth Division. Although retained for the 1986-87 season, he spent most of time at St James’ Park in the reserve team, and was to add just three more league appearances before being released, whereupon he signed for Belgian side, SK Torhout.

After moving to SK Torhout in Belgium, his career was cut short due to a knee injury.

As of 2019, Gary was running his own car sales company, GJ Motors, in Swinton. 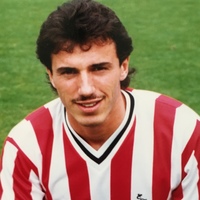 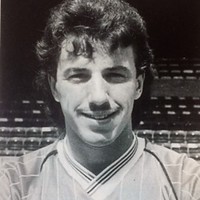 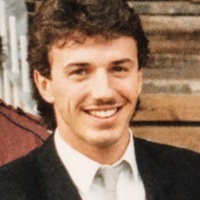