With first choice goalkeeper Paul Jones sidelined with a knee injury, Exeter City moved to sign a replacement and strengthen their link with Tottenham Hotspur, as Oscar signed initially on a one month loan deal in September 2009.

He featured in seven league matches, the first of which was in a 3-0 defeat at Gillingham. The Swedish goalkeeper had made quite an impression since joining Spurs from his local side Karlsund HFK in January 2008. He made 10 starts for the Under-18s, including one in the FA Youth Cup, and forced his way into reserve squads during that first half-a-season without making his debut at that level. However, his highlight was being named 'Goalkeeper of the Tournament' as the team achieved second place in the Dusseldorf U19 Tournament in March, 2008. This form earned him a place on the Spurs' first team pre-season tour of Spain, before he played a full game in a friendly with Leyton Orient in July 2008, and came on as a second half substitute at White Hart Lane in another friendly with AS Roma in August.

Oscar continued to train regularly with the first team group as the 2008/09 campaign began, earning a place in the travelling party for a UEFA Cup group game with Udinese in October.
He was also named on the first-team bench for the UEFA Cup Round of 32 games with Shakhtar Donetsk in February 2009. Oscar moved on loan once more in August 2010, when he signed for Northampton Town. In August 2011, he signed on loan for Bradford City and then moved to Shamrock Rovers on loan in February 2012. Jansson signed for Örebro SK in December 2012, and then on to Norrkoping in January 2021.

He was called up to the Sweden national team in January 2013. 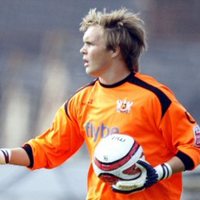 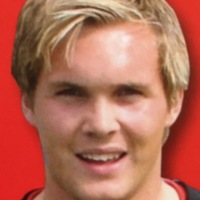