A Republic of Ireland schools, Youth, Under-21 and B international, Scully is what can be termed a well travelled player.

After playing for Cherry Orchard in the Republic, he signed for Crystal Palace as a trainee, and gained his first full contract in December 1993.

He was to make just three substitute league appearances for the Palace, but had loan spells at AFC Bournemouth in October 1994 (10 appearances) and Cardiff City in January 1996 (14 appearances).

Scully moved to Manchester City in August 1997, where he made one full league outing and a further eight as a substitute.

A period on loan with Stoke City in January 1998 added a further seven league starts.

He then signed for Queens Park Rangers in March 1998, playing in 40 league matches, but exactly half of those were as a sub, scoring two goals.

The winger moved on to sign for Cambridge United in July 2001, where he made a further 20 league starts, plus 11 as a sub and scored two goals. He played on loan at Southend United in November 2002 and feature din 8 games for them,

Moving to Peterborough United in March 2003, until the end of the season, he was only called upon three times, all as a substitute.

He linked up with Dagenham and Redbridge for the 2003-04 season, but his stay was a short one as he then signed for Barnet.

He played two games on loan with Tamworth in 2004, then getting another Football League opportunity with Notts County in February 2004, scoring five goals in 41 games.

Scully arrived at Exeter City on loan in September 2005, making his debut at his former club, Dagenham and Redbridge.

He was to score goals against Cambridge United, Woking and Kidderminster, before retuning to Notts County at the end of his loan.

After signing for Crawley Town on loan in 2005-06, the move was made a permanent one and he stayed there until the summer of 2007, but a knee injury led to him being released. 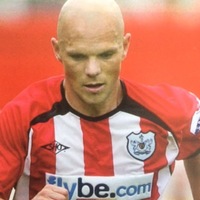 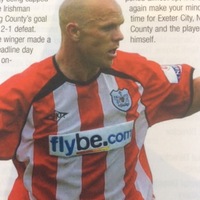 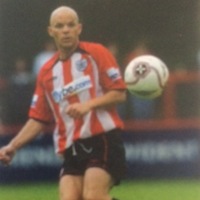