Scott had played for a number of clubs before he arrived at Exeter City in 1934. His early career was with junior Newcastle sides, Swifts and then Pandon Temperance.

He signed his first professional contract on joining Sunderland in 1923, but didn’t feature in their first team and quickly moved on to Darlington the following year, where he scored three goals in seven league outings.

Scott then signed for Liverpool in 1924, but in four seasons he only made 17 league appearances, scoring four goals.

He then moved to Bristol City in the summer of 1928 and added a further 35 league starts and six goals in two seasons at Ashton Gate.

Moving back to the North West he joined Preston North End where he again spent two season, scoring 23 goals in 41 league appearances.

On the move again, Scott then signed for Norwich City where he netted 26 times in 53 league starts.

Exeter City signed Scott in October 1934 and he made his debut in a 2-3 home defeat against Reading.

He had been a player that the Grecians had tried to sign the previous March, but their enquiries came to nothing.

He stayed with the City for three seasons, then moving to play for Bangor City.

By May 1947, Scott was running a hotel at Seacombe on the Wirral. 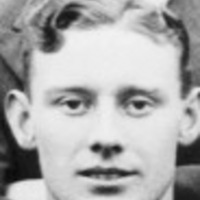 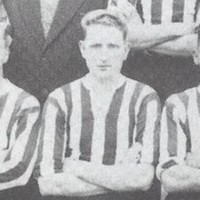 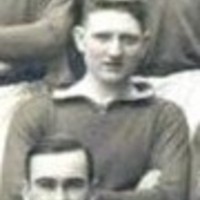