After being on the books as an amateur with Tottenham Hotspur and turning down a professional contract, Samuels signed for his first club, Burnley in December 1949, and went on to play in two league matches for them. He was a regular in their Central League side

After turning down offers from Grimsby Town, Halifax Town and Swindon Town, he then moved to Exeter City in July 1953, making his league debut for the Grecians against Leyton Orient at St James’ Park on the opening day of the season. He scored one goal in the 4-1 home win over Millwall in November 1953.

Placed on the transfer list at his own request in October 1953 as his family could not settle in Exeter and wanted a return north, he signed for Wrexham, where he scored 11 goals in 26 league starts.

He moved to Crewe Alexandra in November 1954 adding 40 league appearances and 14 goals.

His next port of call was Bradford City in December 1955, making 84 league appearances and scoring 38 goals. In his second season at City he was the club's top goalscorer when he scored 19 goals from 43 games.

His last Football League club was Stockport County, whom he joined in March 1958. There he scored five goals in 25 league outings before being released at the end of the 1958-59 season.

Samuels then played for Pwllheli before becoming manager of Bacup Borough in the summer of 1962. He died in 1998. 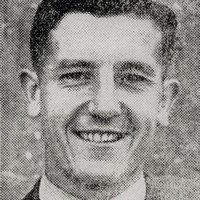 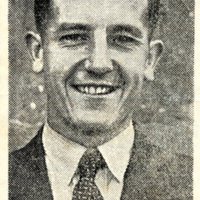