A CAMPAIGN WHICH HAS NEVER BEEN SURPASSED FOR CONSISTENT GOOD PLAY AND ALL-ROUND EXCELLENCE.

From many points of view the season which has now drawn to a close has been Exeter City's brighest and best. The campaign, possibly, has not been distinguished by the glamour which characterised the memorable Cup year of 1930-31, but it has never been surpassed in the direction of consistent excellence. After all, the League, and not the F. A. Cup, is the more exacting test of a team's football ability, for the quest for points must entail the maintenance of a high standard by the competitor who is in the end successful. The same degree of solid grafting and skill is not always rewarded in the hurly burly of Cup football, for this is a competition in which luck can often overcome merit.

The Exeter City players are therefore de serving of congratulation on having attained a higher League position than at any other time heretofore. The victory at Southend on the last day of the season assured them of the runners-up position, next to Brentford. On coming in well placed in other sports the successful candidates are recompensed. Not so in the sphere of professional football in which the Grecians must languish at least for one more season.

THE SCIENTIFIC SIDE OF THE GAME.

Since the Third Division of the Football League was formed in the second season after the end of the war Exeter City have finished in the top half on only three occasions prior to the present season. If this year is excluded it is found that the City's League record averages at 38.5 points per season.

League eminence was rarely gained by the Grecians in former years, and it was not until comparatively recent times that the side was moulded on correct lines. Hitherto the footballer was sacrificed to the bustler. Exeter City were a rough team, and everybody knew it. The present manager, Mr W.McDevitt, himself a footballer of the thoughtful type whose lovely ground passes between the opposing backs paved the way for an assault on the enemy goal, did more than anyone to introduce the scientific side of the game to Exeter City, and his style of playing has been reflected since in his own team building efforts.

It is now recognised that Exeter City's stock began to rise when the kick and rush style was abandoned. Take, for example, all the South's famous teams of the past. Did anyone ever see Swindon Town in the palmy days of Harold Fleming, R.W.Jefferson, John Walker, and their brainy contemporaries resort to aimless kicking?

Plymouth Argyle, Millwall, Southampton, and others also relied on scientific wiles to outwit more robust but less crafty opponents. It was to these teams that the honours came.

It is within Exeter City's compass to follow in their wake. This season the improvement shown by the Grecians has been certainly very marked.

The season's defensive record is the finest ever. Exeter have lost 48 goals, a creditable performance and one which reflects favour ably on the stalwarts of the rearguard. Davies, one of the three "ever presents" (the others are Clarke and Houghton) has enjoyed a truly wonderful season. In the opinion of many he is the finest custodian to have donned a City jersey. It is certain that only one other goalkeeper of recent years can be compared with him and that one, Dick Pym, was an International soon after he left Exeter for Bolton. Davies, himself an inter-League player, must also rank with the top men in his position. Arthur Davies is an extremely likeable fellow, and his success has been very popular with the other players and spectators alike.

Two other players have won the distinction of having played in all Exeter's matches this season, namely Clarke and Houghton. It is a curious coincidence that both will be granted benefits next year. It is a sign of the changed policy of the City directorate when there are men qualifying for long service awards in consecutive seasons. The two players next on the list have been highly valued servants and the public will remember this when the times arrive for their benefit matches.

There was not one instance of a benefit game taking place in Exeter until Rigby and Dockray shared one in 1921. Players came and went too frequently in pre-war days, when, for financial reasons, the talented performer had to be transferred. Happily, the financial position of the club is much sounder now. The support accorded in the past season has been gratifying when one takes into account the population upon which the club can draw.

Five figure "gates" have been prevalent, and the attendance at the Norwich City match recently was the biggest in Exeter's history for a Saturday League match that was not associated with the "Derby" element.

Exeter City have had many big moments in 1932-33, and under the captaincy of Charlie Miller the side has attracted widespread and enthusiastic attention. The promotion bid has failed by the narrow margin of four points, but Miller, whose recent benefit can be re garded as fairly successul in view of the difficulties of the day, is determined that the Grecians will make amends next year. He will do his utmost to inspire his colleagues and it is naturally hoped that his efforts will be crowned with success.

It is now expedient to pass on to another of the outstanding men of Exeter City during a season of great promise. Fred Whitlow, the ex Charlton Athletic centre-forward, has easily broken the individual goal-scoring record of the club with 34 goals in the League and one in the F. A. Cup.

Whitlow's scoring feats were phenomenal round about Christmas and the new year, and his tally is the more praiseworthy considering that he did not come into the team until October. Whitlow is yet another example of an Exeter City forward who is not a bustler by any means, but he is a resourceful and brainy leader who gets his goals by astute positioning and accurate and forceful shooting. This account of the Exeter City's clubs doings during the season now ended should not conclude without a reference to the Reserves, who won the championship of the Western League and were runners up to Bath City in the Southern League. 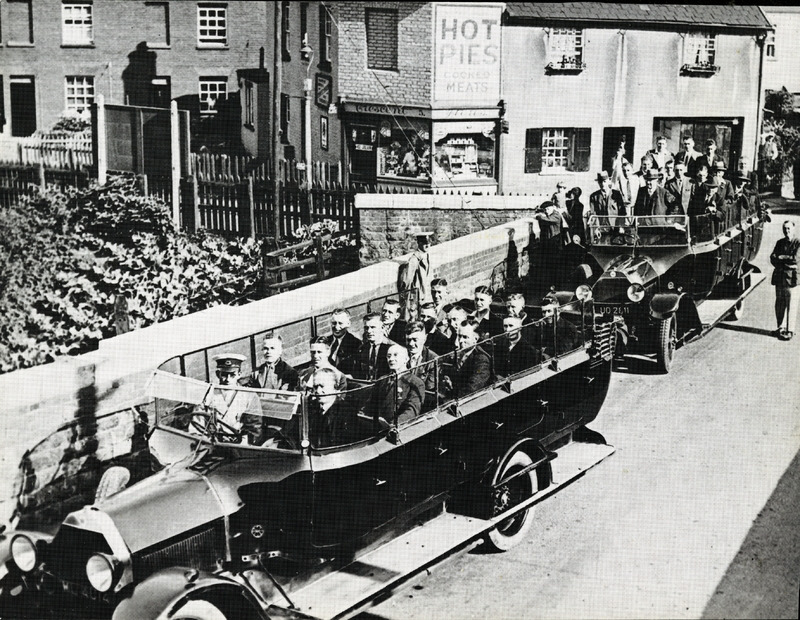