A guest player for Exeter City in 1944-45, whilst on the books at Swindon Town, Ryan made his debut for the Grecians in a 2-2 home draw with his former club, Plymouth Argyle, in January 1945.

He had started his career with Glasgow Celtic, moving to Plymouth Argyle in the summer of 1936, where he featured in 7 league matches.

He then signed for Swindon Town in 1939, adding a further two league outings. 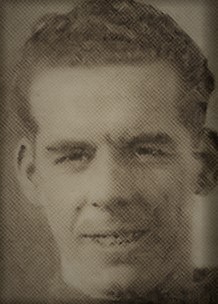