Russell began his career with Liverpool, then moved on to Morecambe and Burscough, before returning to the Football League with Rochdale for £4,000 in July 1994.

He spent four seasons at Spotland, including a brief loan spell in Northern Ireland with Glenavon. He made 102 league appearances and scored 14 goals for the Dale.

Russell joined Cambridge United in August 1998 and helped them to achieve promotion from League Two in 1999, adding a further 81 league games to his tally and 8 goals.

He moved to Torquay United in August 2001 and was a key performer as the Gulls won promotion in 2004.

His performances for Torquay in League One the following season prompted Bristol City to sign him in the summer of 2005.

After missing a large part of the 2005-06 season through injury, Russell was a regular the following season as City won promotion to the Coca-Cola League Championship and in fact, scored the final goal of the promotion campaign.

At the start of the 2007-08 season Russell spent a three month loan period at Northampton Town before joining Cheltenham Town, initially on loan from Bristol City in January 2008.

Russell was signed on loan by Exeter City in February 2009, and then on a permanent contract five months later. He was a member of the Grecians squad that won promotion to League One.

Russell was given a free transfer by Exeter in May 2010 and had a trial with New England Revolution in the United States.

He signed for Bath City in September 2010 and then Yeovil Town in January 2011.

Linked with the assistant manager vacancy at Torquay United in June 2011, Russell then signed for second spell with Bath City the following month. 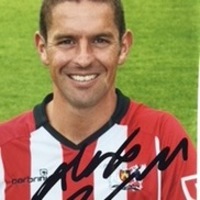 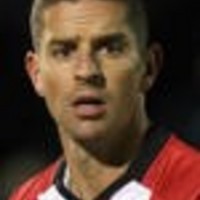 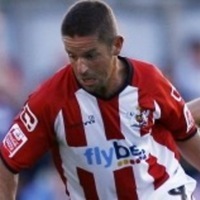 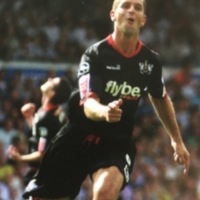