After being an apprentice, he signed a full contract in December 1984 and went on to feature in 30 league games for the Ashton Gate club.

The following season saw him sustain a broken leg in a reserve team match at Torquay United, and he was out of action until the start of the 1986-87 season.

He also had a loan spell with Hereford United in March 1987 (13 league matches) and with York City in December 1987 (7 league appearances).

Signing for Exeter City on a free transfer in June 1988, he made his debut against Wrexham and only missed one league match all season. He started off in the side the following season, but then lost his place to Jim McNichol.

Following a run of appearances towards the end of the promotion winning season, Rogers then turned down a loan move to Bath City in March 1991.

He was given a free transfer and he signed for Gloucester City, where he stayed for two seasons. In 2010, Rogers was living in Shirehampton, Bristol. 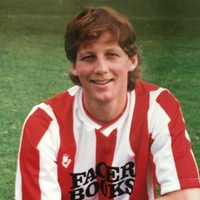 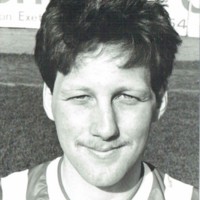