Robson was a product of the Exeter City youth scheme, progressing as an apprentice to a full professional in December 1986.

He made his league debut in a 2-0 home win over Lincoln City in October of the same year and score done of the goals.

Such was his rapid progress and potential, that Tottenham Hotspur paid a £50,000 fee for the player in December 1986, plus a further £10,000 after 10 first team appearances.

Robson had to be content with reserve team football throughout his stay at White Hart Lane, apart from the 8 league outings that he actually made, although five of them were as substitute.

Robson was transferred by Spurs to West Ham United in August 1992 where he scored 8 goals in 47 league games.

His next move was across London to Charlton Athletic in November 1993 for a fee of £125,000, where he was reasonably successful as he added a further 105 league appearances and nine goals.

After four years with the Addicks he moved to Notts County in June 1997, making 32 league outings and netting four goals.

He ended his playing career with Wycombe Wanderers whom he joined in October 1998, playing one full game and making three substitute appearances.

Robson's first full time coaching position was at Charlton's academy, where he started in 2000. He stayed in this position for nearly six years until 2006.

In March 2006 he was promoted to reserve-team manager, and two months later became the club’s 'Development Coach', working with both the first team and reserve team.

In November 2006, he was named Assistant Head Coach, and in January 2007, Robson was named first-team coach.

He left the club in summer 2008 and joined Gillingham as first team coach in August 2008.

He became assistant manager at Gillingham in May 2010, but resigned for personal reasons just three weeks later. In June 2010, Robson became coach to Peterborough United.

On 10 June 2012, Robson was appointed head coach at Barnet, with responsibility for the first team, Robson was joined as head coach by Edgar Davids on 11 October 2012. 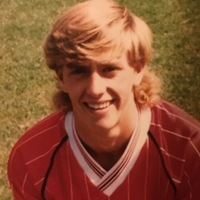 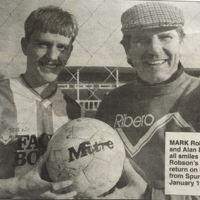 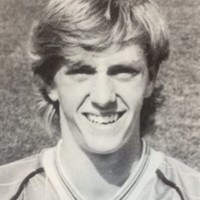 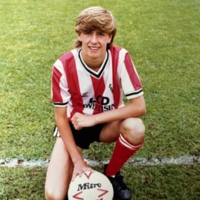