Jamie Paterson put Bristol City ahead in the first half, whilst substitute Antoine Semeyo sealed the win with a late strike from close range. Matt Taylor named a starting side that was a blend of youth and experience as he handed debuts to new signings Lewis Page and Rory McArdle, as well as starts for Academy products Will Dean, Josh Key and Joel Randall. Bristol City were quick to set the early tempo, as the side that sit two leagues above the Grecians would forge the first chance of the match as Diédhiou nodded a long ball over City’s backline for Nahki Wells to poke over the bar. City quickly grew into the match, finding their rhythm with some neat passing which led to Matt Jay turning on the edge of the box and sending a fierce shot towards the Bristol goal which took a slight touch and went just wide. Jay was proving difficult for the Bristol defence and a few minutes later would turn his defender and send a shot towards the top corner, which Dan Bentley was at full stretch to claw to safety. The Robins showed a touch of class in the 35th minute as a quick passing move from the back to open the scoring. Taylor Moore found Andi Weimann, the Austrian international sent a first-time ball through to Hunt on the wing who rolled a ball across the six-yard box to find the unmarked Paterson, his first-time shot had enough power to beat Lewis Ward in the Grecians goal. The Robins would create a couple half chances as they looked to double their lead before half-time, before Josh Key had a decent chance from a Matt Jay corner, which he headed wide. At the other end Lewis Ward got fingertips to a fierce shot that was heading to the top corner from Nahki Wells as Bristol City went into the break with a 1-0 lead. Bristol City would again set the early tempo of the second half and they almost doubled their lead early as Diédhiou latched onto a Taylor Moore through ball but his shot took a deflection to sail wide. A few minutes later Nahki Wells was guilty of missing a gilt-edged chance as he put a free header for 6-yards wide. City’s best chance of getting back into the contest came just after the hour as the ball pinged around the Bristol City box, Nigel Atangana got a toe to it to divert it to Ryan Bowman who poked over the bar. Bristol City would make sure of the win on 83 minutes as City failed to clear their lines and Hunt sent a low ball back across the box and Semenyo was quickest to react to divert the ball past Lewis Ward. 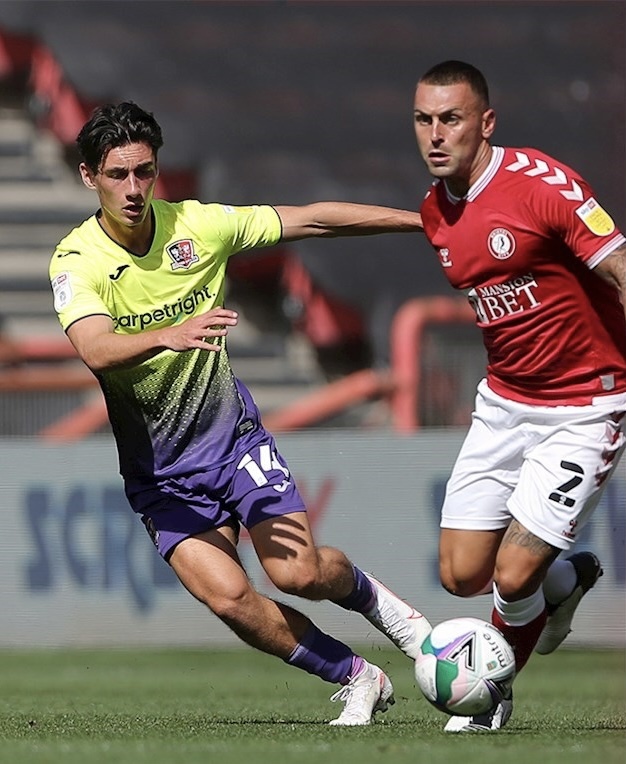