An England international goalkeeper, who won 11 caps for his country, Robinson played in Exeter City’s first ever professional team of 1908-09.

He had been associated with a number of clubs, however, prior to appearing for the Grecians, namely, Derby,  St. Neots, Derby Midland, Lincoln City and then joining Derby County in 1891 where he made his name and reputation, appearing in 163 league matches for them.

Jack Robinson also became a successful baseball player. He played for Derby Baseball club, at the Baseball Ground, between 1895 and 1897.
(He could have been at the club slightly longer but no records from 1894 and 1898 are available. He was no longer on the team roster from 1899.)

He played in two Baseball Championship Finals; winning with Derby on both occasions:
In 1895 Derby 26 Fullers 16, and in 1897 Derby 30 Middlesbrough 7. (Photograph courtesy of Neale Raleigh)


Moving to New Brighton Tower (1887-88), Southampton, (1898-1903 - 116 league appearances and played in the 1900 FA Cup Final), Plymouth Argyle 1903-05 - 50 league appearances), Robinson had a brief spell with Exeter City in 1905, making one outing for the first team, before moving on to play for Millwall between 1905 and 1907. Returning to Devon to sign for Green Waves (a Plymouth and District League side), Robinson was signed by Exeter City for a second time to make his Southern League debut against Plymouth Argyle at St James’ Park in November 1908. After just one season with the Grecians though, the then 33-year-old signed for Stoke and stayed there for three years, during which time he played in 55 league games. He finally ended his carer appearing for a New York based team, Rochester. Jack died on the 28 October 1931.

The following is a report from the British Newspaper Archive in late October 1931.

The death is reported on October 28th of Jack Robinson, the famous old English International goalkeeper who played for Exeter City in 1905 and again in 1908 and 1909, when the Grecians first adopted professionalism. John William Robinson, to give him his full name, was born at Derby in 1870 and began his football career at the age of eighteen with Derby Midland. He later played for Lincoln City, and joined Derby County as a professional during the season of 1890-91. He was selected to keep goal for England versus Ireland in 1897, following which he appeared in a further ten games for England. He then played for New Brighton, Southampton, and Plymouth Argyle, Exeter City, for a few matches in 1905, and Green Waves, at that time being the licensee of an hotel in Plymouth. He is still remembered at Exeter for his brilliant displays in the Grecians' early Southern League matches, and particularly in the second round F.A.Cup tie against the Argyle at Home Park. He moved to Stoke in 1909. 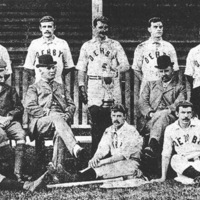 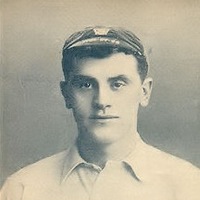 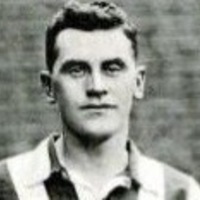 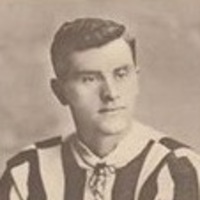