Robinson started his career with Millwall and was captain of the youth team. However, he only played one league match for the Lions, moving to Exeter City in December 2005, but not before he had appeared in four matches for Eastleigh.

His stay at St James’ Park was to be a very short one though and there will be many who never saw him play as he only made one substitute appearance at Aldershot in January 2006.

Robinson then linked up with Eastbourne Borough for the remainder of the 2005-06 season, playing 11 games for them. In 2006-07 he was on the books at Fisher Athletic, scoring four goals in 18 appearances.

In 2007 Robinson signed with Weymouth becoming there captain, making 85 Appearances and scoring 16 goals. During his stay at Weymouth, he played for the England non-league under-23 side.

Robinson signed for AFC Bournemouth in January 2009 and then moved on to Huddersfield Town in August 2011, making 26 apperances that season helping them to promotion through the play offs.

The following season, he made just one league appearance for Huddersfield, in a 3-0 defeat against Middlesbrough in November, before joining League Two leaders Gillingham on loan from 31 January 2013 for the rest of the season. He played 14 games for the club, but his loan was cut short on 11 April after injury.

He was released by Huddersfield when his loan expired in May 2014. 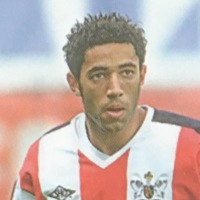 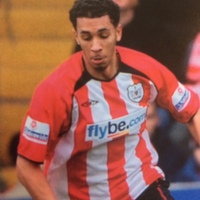