Exeter City left it late to come from a goal down to pick up all three points against Crawley Town at St. James Park.
by Lorcan Hankin

Max Watters first-half goal was cancelled out in the second half by a volley from captain Jake Taylor, and a Ryan Bowman goal five minutes from time, secured City’s second home win of the season.

Before the game, Exeter City has never won a home game against Crawley Town in the EFL. However, the Grecians have only lost just one of their last 14 home games. Coming into the fixture, manager Matt Taylor named three changes to his squad who drew 0-0 with Walsall on the weekend. Jake Caprice making his first league start, academy keeper Harry Lee on the bench, and Ryan Bowman returning to the squad after injury. As for former Grecian assistant John Yems’s side, two changes were made from their impressive 4-0 win at home to Morecambe on Saturday. Watters replaces Nadesan and Jake Hesketh features on the bench. Exeter nearly had a perfect start, when Jack Sparkes’ left-foot effort from 25 yards out cannoned off the crossbar within 3 minutes. Crawley instantly responded when Tyler Frost’s effort looked to be troubling Lewis Ward in net, but it bounced off the bar for a goal kick. The next 15 minutes saw multiple chances for Crawley Town, with City’s defence being exploited with ease. The first came for Watters, but his shot was tame and easy for Ward to collect. Next former Grecian striker Tom Nichols was slipped through, but again Ward saved well. Frost again then had a chance on the 13-minute mark, but his shot whistled just wide of Ward’s post. A minute later Jake Hessenthaler was played through, but again Ward stood firm and saved the effort on goal. Exeter settled into the game and had a good chance when Joel Randall’s teasing ball nearly found the head of Alex Fisher. Taylor pounced on the clearance, but couldn’t get the ball under control to fashion up an opportunity. Crawley had another good chance through Watters again, but his low driven shot was saved by Ward at the near post, along with the resulting corner. Randell Williams made a marauding run infield and was fouled around 20 yards out. Nicky Law stepped up to take the free-kick but it was high over the goal of Glenn Morris. Exeter then created another chance after a good cross from Williams, but he couldn’t find Fisher with the acrobatic effort at the back post. Crawley finally found a breakthrough just before half time, as Watters was played through and although Ward got a hand to it, the ball found its way into the back of the City net.

Exeter City needed to up their game in the second half if they were to conjure up any result, and they started the brighter team with Fisher having a good chance, but he couldn’t direct his header on goal. Ben Seymour was introduced in the 52nd minute and nearly made an instant impact after winning a foul in a dangerous position from a good run in the channel. The resulting free-kick couldn’t beat the first man, and that was the story of City’s game so far, a lack of quality in the final third. Crawley created their first real chance of the half when Tony Craig was played through after neat play in the box, but Pierce Sweeny made a good last-ditch tackle to block the shot. City found the leveller 15 minutes from the final whistle after a ball was failed to be cleared by the Crawley defence, and City captain Jake Taylor volleyed it in from close range. Exeter was pushing for a winner, having most of the possession, and their hard work paid off. Bowman closed down Crawley keeper Morris, and his clearance comes off the striker and bobbles into an empty net to put City 2-1 up with five minutes to go. Crawley had a chance to equalise a couple of minutes from time, after good work from Nichols down the wing. He pulled it back to Matthews whose shot was blocked brilliantly by the diving Joel Randall. Exeter City is straight back into Sky Bet League Two action this Saturday, as they face Scunthorpe United at St. James Park in a 1 pm kick-off. 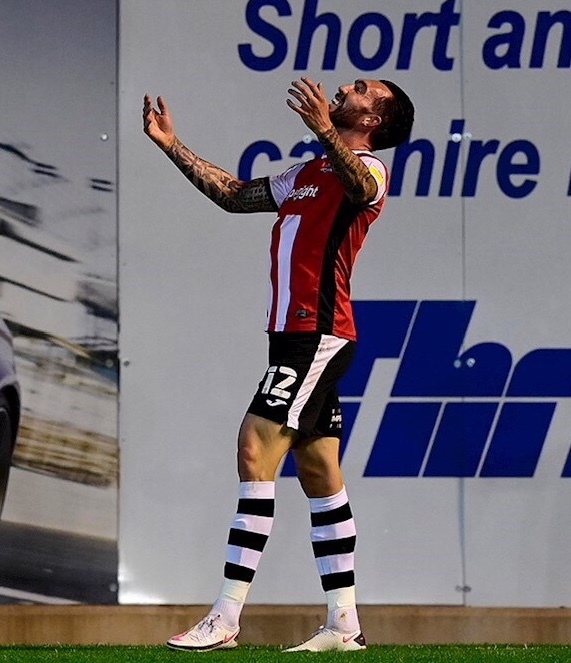