The Grecians extend their unbeaten run in all competitions to 13 with a 4-0 win over West Bromwich Albion U21s in the Papa John's Trophy.
By Lewis Ward

The win also saw Exeter City top Southern Group E and precede to the next round with a home draw.

Matt Taylor was looking to emulate the run that the team had last season reaching the semi-finals and made nine changes from the draw away to Bradford City on Saturday, with starts for Nelson Iseguan and Nicky Ajose.

The Baggies were also looking to secure qualification, a single point would see them qualify however a win of three goals or more would see them jump the Grecians into top spot. The opening moments of the game were well contested by both teams. With the Baggies having a freekick in a dangerous position which was well cleared by Alex Hartridge. The Grecians then had their own opening moment with a quick counter in behind, Ajose almost slipping Iseguan in-behind, but the defender cleared well. The corner was taken quickly and short allowing the ball back to Harry Kite on the edge of the box, to unleash a strike which rattled the St James Road Stand. A couple minutes later a lovely weighted pass by Nicky Law slipped Ajose into the channel, allowing him to cross. The resulting cross was recycled back out to Law who managed to get a second cross in to keep the pressure up, this then allowed a shot from the edge for Ben Seymour to bring the first save of the match out of Sam French in the Albion goal. The following ten minutes saw City really take control of the possession, probing the Baggies back line. By trying to go over, round or through their opposition’s defence. Sparkes then put in two dangerous crosses which were well defended. Then a pressured clearance by the West Brom centre back, allowed Nicky Law to drive into the in the box and win a corner. The resulting corner brought French off his line to punch clear, but not far enough and Hartridge was able to put the ball back into the box for Seymour to head agonisingly close over the bar. Finally, after 25 minutes on the clock the Grecians sustained pressure paid off. Nicky Ajose picking the ball up 30 yards out and playing an angled pass, slicing the Albion defence, and allowing Harry Kite to finish low across the keeper. West Brom looked to reply quickly with what looked like a dangerous counter, which result in a less than dangerous shot high into the Big Bank. The second half started like the first. Both teams looking bright and West Brom looking to cancel out the one nil deficit. However, it would be Exeter City to increase their lead. After a bright spell from the Baggies. It was a long clearance up field by the Grecians, not dealt with by the lonesome West Brom defender allowing Ben Seymour to out-muscle him and slot passed the sprawling French and score his second goal of the competition. On the hour mark, Jack Sparkes flew down the left wing. Cutting inside, beating all the Albion back line and taking it around the keeper to score a dazzling solo goal. Following the third goal of the evening Matt Taylor saw it was time to possibly rest a few players that may be involved on the weekend, giving senior debuts to Cheick Diabate and Lewis Wilson.

After the third goal, the game had settled right down. City controlling most of the possession and Albion still looking dangerous on the quick counters, but City were resolute in recovering quickly to delay and stop the counters. Then five minutes from time, Nicky Law added a fourth. It was a quick counter down the right, with Jake Caprice sprinting away. Delivering the ball inside to Nicky Law who tried to get an opening for Lewis Wilson. Yet Lewis Wilson couldn’t get the finishing touch. However, he managed to keep the ball alive and cut the ball back from the by-line for Nicky Law to chip over the keeper, onto the underside of the bar and in. This was the last action of the night seeing City close the last part of the game out and with the same dominance they showed throughout the ninety minutes. The score-line could have flattered a youthful Baggies side with the Grecians possibly adding a few more goals to their tally. However, the team proved too much for the under 21 side and were rightful winners of the Southern Group E. 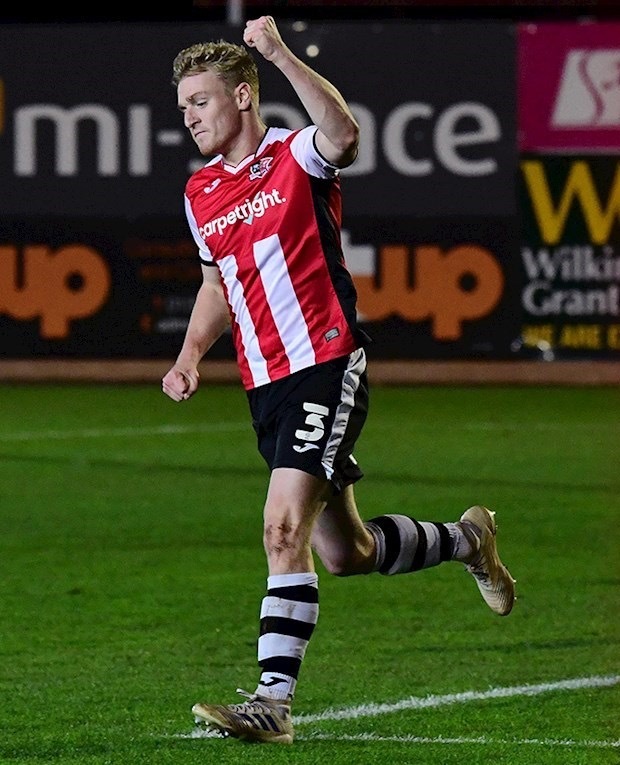