Starting as an apprentice at Millwall, Roberts signed his first full contract in April 1979 and went on to make 146 league appearances for the club.

He was transferred to Brentford in September 1983 and added a further 62 league games to his tally.

After a spell playing in Finland, Roberts returned to England to sign for Swindon Town in September 1985, making 27 league outings for them.

He then moved to Southend United in July 1986, and although he only had one season there, featured in 38 league matches in the promotion winning side.

His next move was to Aldershot in August 1987, and he played in 39 league games before joining Leytonstone and Ilford at the end of the season. He was playing for Tampa Bay Rowdies in November 1988.

Signing for Exeter City on non-contract forms in December 1988, Roberts was described by manager Terry Cooper as being ‘a hard man who will sort a few out.’

Roberts was keen to return to the U.S.A. after leaving City, but that was not to be.

Roberts who said on signing for City: “Have boots will travel. That’s me. I’ll play anywhere as I just love playing,” made his Grecians’ debut on Boxing Day 1988 against Torquay United.

He was soon ‘travelling’ again though moving back to Southend United for a second spell at the club in January 1989, and he stayed for two seasons making 54 league outings.

After playing for Fisher Athletic, Roberts got his final chance at League level when signing for Colchester United in September 1993, and he remained at the club until the end of the following season, adding a further 63 league games and scoring his one and only goal in league football. After leaving Colchester he signed for Chesham United. 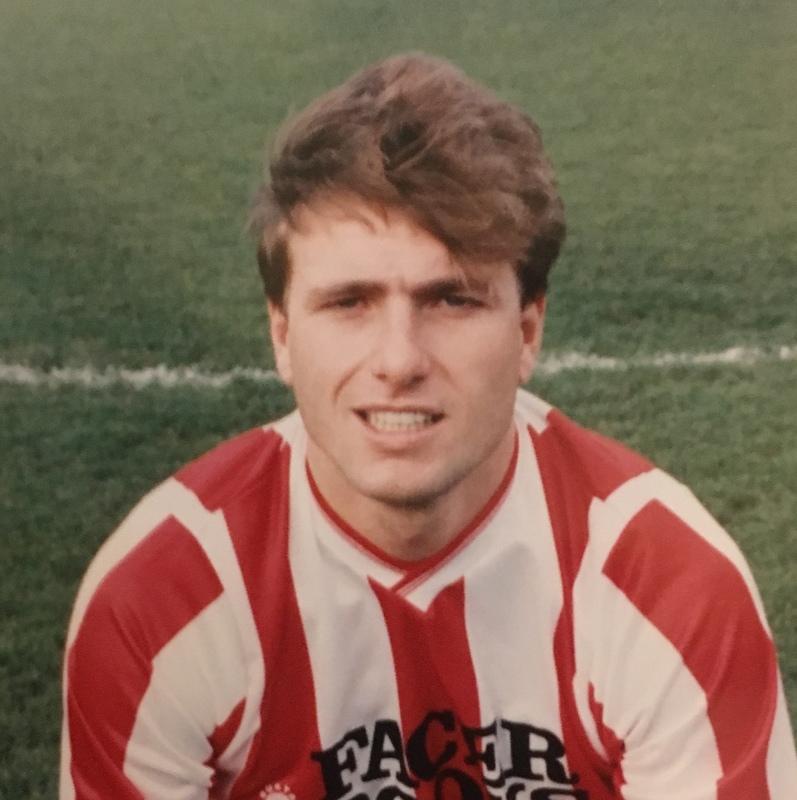