Lee Roberts was born in Wolverhampton.
An apprentice with Shrewsbury Town, Lee signed his first full professional contract for them in January 1975, but was to feature in only 15 league games, scoring one goal.

He moved to Exeter City on loan in March 1977, and thus played his part in the Grecians’ promotion winning team. His debut was against Crewe Alexandra at Gresty Road and he went on to make 7 league appearances. Exeter were keen to keep the player, but he returned to Shrewsbury. However, a fee of £8,000 persuaded the Shrews to sell him to Exeter in September 1977, despite having played against them the previous week!

Lee went on to become a regular first team player at City and will be remembered for scoring a goal at Newcastle United in the 5th round of the FA Cup in February 1981 that earned the Grecians a replay, which they subsequently won 4-0.

Released at the end of the 1982-83 season, he was forced to retire due an injury.
He moved to Market Drayton where he later became a postman and  was appointed manager of Market Drayton Town in 2003 and was in charge for two years. He had a second spell as manager there in October 2009, but resigned after just two weeks following a disagreement.

In May 2018 Ben Strange caught up with the former Grecian as Lee  recalled some of his First, Best and Worst moments during his time at the club. First... ...day at Exeter City Well, I remember travelling down on the train and meeting Bobby Saxton at St David’s station then going into a hotel. There I signed to go on loan for a couple of months from Shrewsbury Town, I was very excited. I then played my first match against Crewe Alexandra where I thought: ‘oh my god, what have I come to.’ I started on the bench, our goalkeeper broke his ankle so one of the lads that also came on loan with me at the time, called Geoff Gay, ended up going in goal. Bobby Saxton, who was player-manager, ended up getting sent off and I’m sat there thinking: ‘what the hell is going on here!’ It was ironic because I was signed as a centre forward, but Saxton was after a centre-half and because Saxton was sent from the field, I was then thrown onto the pitch as a central defender! ...goal for Exeter City That’s a tough one, I only remember one goal and that was against Newcastle United. Pete Rogers got a rollicking two seconds beforehand because he should have shot. He was then taking a throw-in and it came to me bouncing, inside the box, and all I was trying to do was help it on to the back post, but fortunately for me I shinned it a bit and it flew into the top corner! ...memories of St James Park I’ll always remember the Old Grandstand, which is coming down, it’s sad but I understand that is has to happen for the club to progress. I remember the narrow tunnel and I always called it ‘the gateway to heaven’ because it has the iron bars on the side as you walk out. There’s lots of good memories. Best... ...match for City I enjoyed playing against Wolverhampton Wanderers where I played up front with Harry Holman. We played them in the FA Cup and went 1-0 up, I think Harry had scored. They equalised with a free-kick, and obviously, Wolves were a bigger and better side then. I then scored to make it 2-1 and they went and scored in the last second of the game with a cracking goal. Their fans went mad and invaded the pitch, knocking all the signs down. Somebody had said that was the fastest they’d ever seen me run, as everyone ran on the pitch, because I was trying to get off it! ...piece of advice given to you That’s tough, I’ve had a few. Richie Barker, who was the coach at Shrewsbury, that I didn’t really appreciate when I was there. I was a young man and I thought he was a bit of a taskmaster but it dawned on me when I left that, everything he told me to do, all the bits of advice, I did when I was at Exeter in the games and the pointers used to help me a lot. ...player you played with Tony Kellow is my hero! Always has been and always will be. I named my daughter after him, obviously, she’s called Toni, not Kellow! But there were loads of other good players like Steve Neville and John Sims, I could go on forever. Even lads that couldn’t get in the team that regularly when I was there, there was one called Tony Mitchell who was a defender, and he was the one that Kells (Tony Kellow) used to hate playing against because he was like a leech, he was everywhere. Even though he didn’t play too often, he was still a cracking player. Worst... ...result you've endured I often think about this one, against Watford. We were away from home and it was when they were a really strong team under Graham Taylor. We got absolutely hammered there, I think it was 4-0 or something like that but it could have been 24! It was constant attack, attack, attack. Obviously, we were gutted we lost because we were trying but they were just too good. ...away trip I used to love going everywhere but there’s one trip to Carlisle which I will always remember! A lad called Andy Bell, who was making his debut, overslept and the game had been called off. We went to go and watch West Bromwich Albion play instead. We were all on the bus coming back down and we suddenly realised that Andy wasn’t on the bus, he’d had a lie in thinking he’d have more time before he had to get up. He ended up getting a taxi to a service station and meeting us there. ...injury I damaged my knee which finished my career. It was a tackle at Wrexham from one of their strikers who bust my knee, I was advised to stop playing. 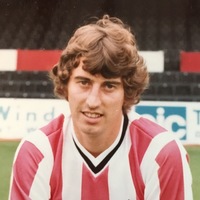 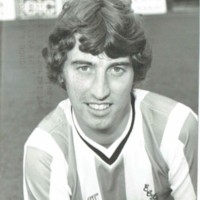 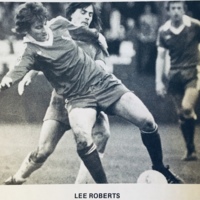 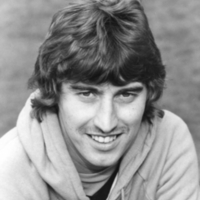 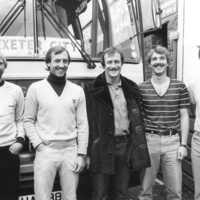 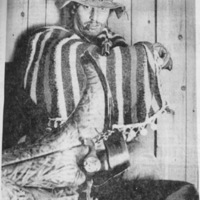 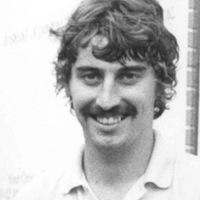 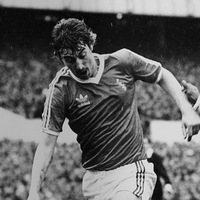 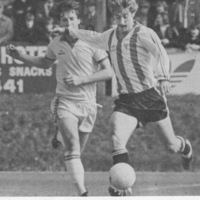 My Birthplace was WOLVERHAMPTON.