Exeter City were made to settle for a point as Southend held the Reds to a 0-0 draw at St James Park.

The Shrimpers hit the bar in the first half and Ryan Bowman grazed the far post in the dying moments as neither team could break the deadlock. Rory McArdle, Josh Key and Nigel Atangana all came close for the Grecians with Jokull Andresson impressing, with his third consecutive home clean sheet up the other end. Matt Taylor made wholesale changes from Tuesday, with four switches. Alex Hartridge and Jake Caprice among those making the starting line-up. Louis Walsh made his first start for Southend after impressing in the auditions. The visitors began on the front foot and forced a corner on nine minutes. The out-swinger from Ricky Holmes teased the Essex attackers and after a pinball in the box, a hand was used and City won a free kick. City prodded and probed and a short free kick on the right carved a chance for McArdle. Jack Sparkes looped a ball to the far post but McArdle missed the ball and collided with Mark Oxley in the Southend goal. From the resulting corner, Matt Jay found Bowman lurking at the far post but the striker slipped as his header fell wide. The Grecians grew and looked dangerous from the set-piece. Sparkes launched a 40-yard free kick into the box where Hartridge arrived but the centre-backs volley lacked conviction. Southend were agonisingly close to gaining the lead. Reeco Hackett-Fairchild danced his way through the Exeter box and his deflected shot came off the underside of Andresson’s crossbar. With five minutes left of the half it was City’s time to go close. Jake Taylor somehow flicked a Jake Caprice cross toward the back post and looked destined to nestle in the corner, but Elvis Bwomono raced back in time. The defenders half clearance was lapped up by Sparkes who fizzed a shot but only into Oxley’s gloves.

Seconds after the break Nathan Ferguson missed a glorious chance at the far post. A great free kick found Ferguson but his cross goal header was thankfully off target. Southend started with energy and Jason Demetriou was the latest to test Andresson from distance. The Grecians had a storm to circumnavigate with Southend’s pace in the counter causing issues for City. The Seasiders pushed on and soon saw Andresson pick out a great save from Simeon Akinola’s near post header Exeter kept themselves in the game and Bowman managed a sight on goal on 56 minutes. Randell Williams’ quick throw set away Jay, who twisted and turned his defender and deliver to the back stick. Bowman got up well, just could not direct his header downward.

Matt Taylor’s men grew in confidence with Sparkes again the provider, just after the hour mark. Hartridge on this occasion saw his effort blocked by the wall of Southend defenders. There was urgency in City’s play but left holes behind the defence. Goodship squeezed in behind the Exeter defence and pulled a cross back  to Holmes who fired wide.

Bowman almost put the Grecians ahead twelve minutes from time. The striker cut back onto his right foot in the Shrimpers box and flashed a ball across the face to no prevail. As the game reached the final stages Nigel Atangana was denied by the most impossible save. The City substitute found half a yard inside the Southend box and his shot almost broke the sound barrier. The ball seemingly came off the inside of Oxley’s wrist and went over. Deep into injury time, McArdle attacked a Jake Caprice corner and the ball trickled wide as the Grecians went on a stoppage time onslaught. Ben Seymour was suspiciously felled in the box with no interest from referee Darren Drysdale, and Josh Key elevated a shot over the bar. But after seven minutes of added time, there was no breakthrough and the two teams gained a point apiece. 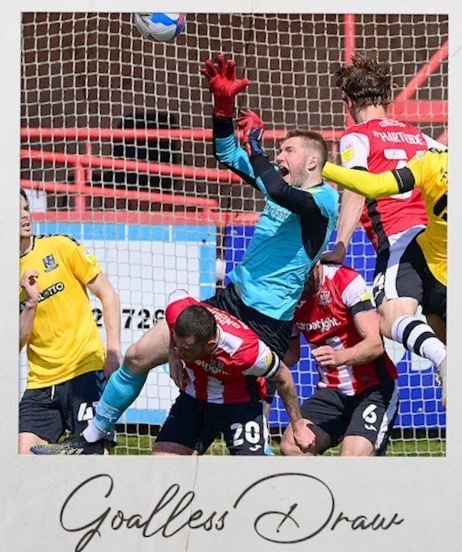