After playing local football for Tipton St John, Risdon was signed by Exeter City in the summer of 1932.

Playing for the reserves, Risdon had to wait for his first team debut until October 1933 when he featured in a 2-0 home win over Gillingham.

He netted his only goal for the Grecians in a 2-2 draw against Swindon Town at St James’ Park in April 1934.

The following season he enjoyed a run of 13 consecutive matches in the first team, playing as half-back as opposed to an inside forward.

Released at the end of the 1934-35 season, Risdon signed for Brighton and Hove Albion where he made 23 league appearances.

After the Second World War, he also played for Hastings United, signing for them in August 1948. 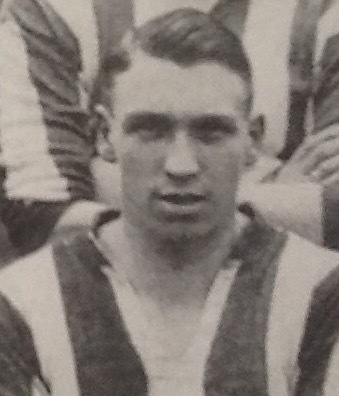