An England Schools international, Riley had played for a number of clubs prior to arriving at Exeter City in 1938.
He started with Altrincham and then played for junior side, Hurst. His big chance came when he signed for Birmingham City in 1928, but he only played one league match for them.
Moving on to Ashton National, he got another Football League opportunity when being signed by Accrington Stanley in 1930, where he was a big success scoring 18 goals in 32 league outings.

Signing for Lincoln City, he was a member of their team that won the 1931-32 Third Division North championship and was described as the ‘Alex James of the Northern section.’

He also played Minor Counties League cricket for Lincolnshire and top scored with 164.

Having netted 25 goals in 57 league appearances, for Lincoln City,  Riley then signed for Notts County in 1933, where he played 16 league matches and scored three goals.
His next move was to Cardiff City in 1934 and his two season stay at Ninian Park resulted in him netting 13 goals in 60 league starts. He then spent the 1936-37 and 1937-38 seasons with Northampton Town adding four goals in 22 league outings.

Signing for Exeter City, in 1938, he made his debut for the Grecians in a 4-0 defeat at Watford in November of 1938 After just one season at St James’ park though, Riley left the club, which is what everyone thought. Spectators at the Jubliee Fund game against Plymouth Argyle in August 1939, were surprised to see Harold, leading out the City team despite the fact that Fellowes was in the side, and they gave the little man a rousing reception. Riley was very popular with the St James's Park crowd, and this is understandable, because in the vernacular of the turf he's "a game 'un."
Yet it was touch and go in the summer of 1939, whether or not Harold was lost to league football. Not retained by Northampton, in 1938, he would have played for a works team in Lincoln had a job been guaranteed as well as the football engagement. But the club concerned could not promise definite employment, so Riley ultimately came to Exeter, who has a matter of interest, made an attempt to secure him round the time that Bussey was transferred here from Swansea Town.

After the war he returned to the Lincoln area where he played for Ruston-Bucyrus' works team, Ruston Bucyrus. In the 1960s he was manager of Lincoln City's reserve team Riley died in Lincoln on the 8th April 1982 at the age of 72. 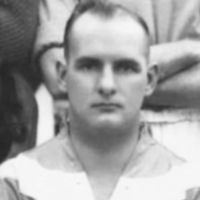 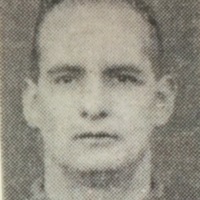