A trainee with Exeter City, Martin Rice signed his first full contract in December 2002 and made his first team debut when taking his place in the side at Barnet in the Conference in October 2003, a game won by City 5-2. Playing in the last five matches of the 2006-07 season, and the two semi-final play off matches, Martin was infuriated when dropped for the Conference Play off Final at Wembley against Morecambe, and didn’t even take his place on the bench. This led to the parting of ways from Exeter.

He signed for Torquay United in June 2007, and got to play for them at Wembley in the final of the FA Trophy. He only featured in nine league matches for Torquay and spent most of the 2008-09 season on loan at Truro City. He returned on loan with them again in September 2009, the move eventually becoming a permanent one.

In a surprise transfer, Martin joined Torquay United for a second spell in July 2011.

On 25 April 2015 he departed Torquay United after playing 72 games.

In 2016 he joined Gosport Borough playing 17 games leaving to join Truro City again where he played 14 times in the 2016/17 season. He then moved to Tiverton Town for the 2017 season leaving them in January 2018.

Topsham Town announced the following in May 2021.
"We would like to welcome former Exeter and Torquay shot stopper Martin Rice to the club, Martin will come into the club to work with all of our men’s and junior goalkeepers and work with the first team on a match day" 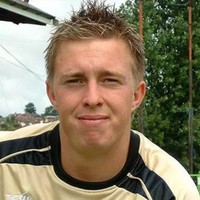 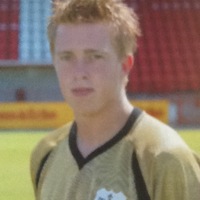 2003/04, Goalkeepers, Gosport Borough, Martin Rice, One of our own, Torquay United, Truro City