Gary Rice was one of several youngsters to have progressed via the Exeter City youth scheme and get their first team chance in the early 1990s. He had originally signed as an associate schoolboy in November 1990 having played for the Exeter and East Devon Schools side.

Gary signed a full contract in July 1994. His debut came a month later in a 4-0 home defeat against Bury. He was to play 44 league matches for the club in his two seasons as a professional, before signing for Weymouth in the summer of 1996.

In 2003/04 he was playing at left back for Bridgewater Town, but left in the summer of 2004 to join Torrington.

Gary was interviewed by Dave Phillips in February 2021
Life as a young City professional in the 90’s.

“Good to hear from you and trust you and all the Senior Reds and keeping well and staying safe at this time?

Thanks for the copy of the bulletin it certainly brought back some memories but unfortunately not very clear on the Charity Match I am afraid. I do remember we released a charity record with Andy Ford called “Supporting the City” (I think) and recording a music video in the Old Centre Spot behind the Big Bank whilst BBC Spotlight filmed us. Don’t think it went to number one though???

The season started ok but as the club’s financial issues started to show itself there seemed to be more drama occurring week after week which resulted in unrest within the playing staff.

Away games that would usually have included an overnight stay at hotels etc were changed to travelling on the day and eating pre match meals on the coach consisting of Microwave pasta dishes and a piece of fruit, other luxuries at the training ground were cut back and I know Mickey Chapman the physio at the time was buying medical supplies himself to keep us going. I think the fans even stumped up on a couple of occasions to pay for the hotels for us which was the start of what we now call the trust I suppose.

We were worrying whether contracts would be honoured, whether we would get paid, we were not on great money, even the more experienced pros, so there was no nest egg to sit back on whilst we waited for the financials to sort themselves out there were still mortgages to pay and families to feed.

Players were having discussion with the PFA in regards to where we stood in regards to contracts and whether we could contact other clubs to try and get deals elsewhere as City were in breach of contract. All of this was driving a wedge between the players and the club hierarchy and It was hard to remain focused on playing to be honest, even when the PFA stepped in and paid our wages for six-months or so.

As the season came to a close and the club’s position was looking very bleak, Terry cooper was leaving his post as manager, so even more uncertainty began to unfold.

Peter Fox and Noel Blake were always good to me as a young pro and I remember a conversation I had with Foxy on the way back from playing our final game at Northampton Town (a team that included ex ECFC players Scott Daniels and Andy Woodman).

He said to me that I didn’t have to worry as there was some light at the end of the tunnel, he was confident that things would be sorted and that he was going to be taking on the managers position for the next season and I would be part of his plans. He was true to his word and I’ll always be grateful for the faith he showed in me. Although some might say it showed poor judgement on his part”

Thanks to Dave Phillips, who made contact with Gary and to Gary himself for producing the above article. 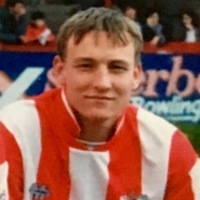 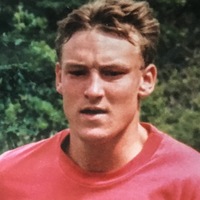 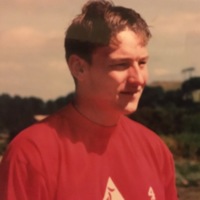 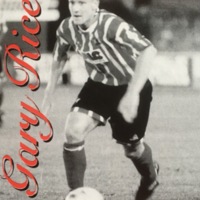 Defenders, Gary Rice, One of our own, Weymouth, Zambia

In the Heart of Oak Exeter.