Exeter City’s first ever overseas player was the goal scoring vicar Edward Reid.
Reid was born in St John’s Newfoundland in Canada in 1879 and the Football Express (8 Sept 1906) describes his early career.

The article under the headline “a versatile exponent of the soccer code” says Reid “got his grounding in soccer football while at school in St John’s Newfoundland. He has, by the bye, never been tempted to join the ranks of the rival code, but has been steadfast to his first love. “At St John’s Mr Reid was captain of the school eleven. He himself at that time played inside left, but his versatility is illimitable within the scope of a soccer team. There is no position on the field he has not occupied, and we may be sure from our own observation that he acquitted himself with credit in any and all of these positions. “In 1897 Mr Reid came to England for the purpose of going up to Oxford. Here he was selected to captain his College team (St Edmund Hall). He was then found playing full back. Subsequently he was ordained in Kempsford, Gloucestershire and was from time to time seen in the ranks of various amateur teams including Cirencester and Swindon Amateur. Later on he played for Swindon in the Southern League for two seasons and was at that time the only clergyman playing in the Southern League”.

Edward Reid played in three different seasons for Swindon (1902/3 to 1904/5 but mainly in 1903/4) scoring 3 goals in 23 League and FA Cup appearances before moving to Exeter City when he was appointed as a curate of St James Church. The Church was an imposing building next to St James Field where the leading local team played and had just changed their name from St Sidwell’s United.

The Reverend played in the Grecian’s East Devon Senior League winning 1904-5 season scoring 16 goals in 11 appearances. He notched a hat trick against St Luke’s College and scored all five versus 111 Battery RA. From October 8th to 29th 1904, he scored 9 goals in 3 successive games.

He was selected for the Devon County team on several occasions.

On the 18th of October 1905, he turned out for Plymouth Argyle in a league game against Bristol City, making a "very favourable impression, playing well with his partner Jack feeding him splendidly, and giving him several opportunities".

Reid then turned to his church career and held a number of important roles including Chaplain to the Bishop of Exeter and commissioner for the Bishop of Bermuda.
He was however, President of the Supporters Club in 1919, and on the 3rd Decemeber, presented Billy Smith with a cheque for the money raised at the previous match. He was an Officer in the Ist (Loyal city of Exeter) Battalion Devon Home Guard in World War 2.

In December 1949 Reid was given permission by the Exeter City Board of Directors to hold a collection at St James Park to help the restoration of his former church, St Mary Arches, which was badly damaged in the 1942 Blitz.

Reid retired to Gloucestershire where he died in 1959.
He is buried at St Bartholomew’s Church in the village of Redmarley D’Abitot which is not far from Gloucester. 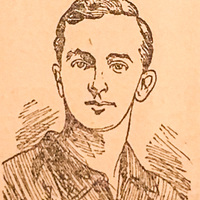 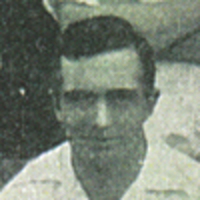 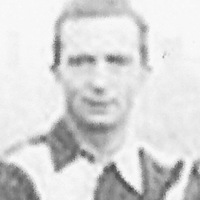 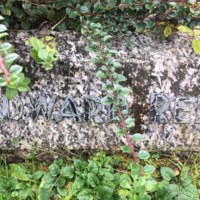 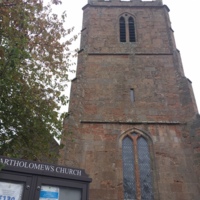 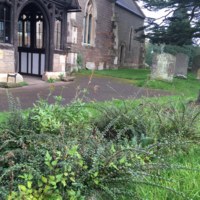 Reid had played for Torquay United against Argyle in a friendly 16/11/04, so became the first player ever to play for City, United and Argyle.