Crawley Town recorded their first ever victory over Exeter City as substitute Josh Yorwerth fired a home from just inside the box.

City manager Paul Tisdale made three changes to the side that lost to Hartlepool United on Saturday, with Ethan Ampadu breaking another club record as he made his league debut for City aged 15 years, 11 months and two days.

He joined the reinstated Matt Oakley in the centre of defence, while Ryan Harley recovered from knee injury, picked up against Brentford last Tuesday, to return to midfield.

Crawley started the match brightly as Enzio Boldewijn cut the ball back for Josh Payne to send a shot dipping onto the roof of the net.

However, City got into gear after the 10-minute mark as Ampadu broke out of defence and released Jake Taylor down the right. The former Reading man’s cross was a good one as it forced Lewis Young to hurriedly knock the ball behind under strong pressure from Robbie Simpson.

Watkins then acrobatically volleyed an effort onto the roof of the crossbar before Simpson nodded a Lloyd James cross into the six yard box that Liam McAlinden just failed to convert.

The chances kept coming for City as Simpson fired bouncing effort at goal that Yusuf Mersin had to dive to his right to save and the Ollie Watkins headed over after a good cross from Taylor.

And Crawley warned them of the danger they posed on the counter as Boldewijn broke through the midfield and fed a ball to James Collins who warmed the gloves of Bobby Olejnik with a fiercely-struck shot just before the break.

Crawley had the first chance of the second half as Jason Banton curled an effort over from 25 yards. It took City 15 minutes of the second period to get their first real effort of note as James curled a free-kick into the box that Simpson headed wide.

Watkins then had a great chance to break the deadlock when Mark Connolly’s poor clearance landed at his feet in the area, but he volleyed over.

James then had a 30-yard effort blocked as City started to get on top of the match once more. James then provided a cross for Simpson to send a header narrowly wide before Watkins curled an effort into the gloves of Mersin with 13 minutes left.

City then had a good shout for a penalty turned down as James went down in the area.

However, then Josh Yorwerth, who had just come on a substitute, side-stepped a couple of challenges on the edge of the box and side-footed a cross into the bottom corner to give the visitors and unlikely lead.

The Grecians best chance to equalise came in stoppage time as James curled a free-kick a foot over the crossbar. 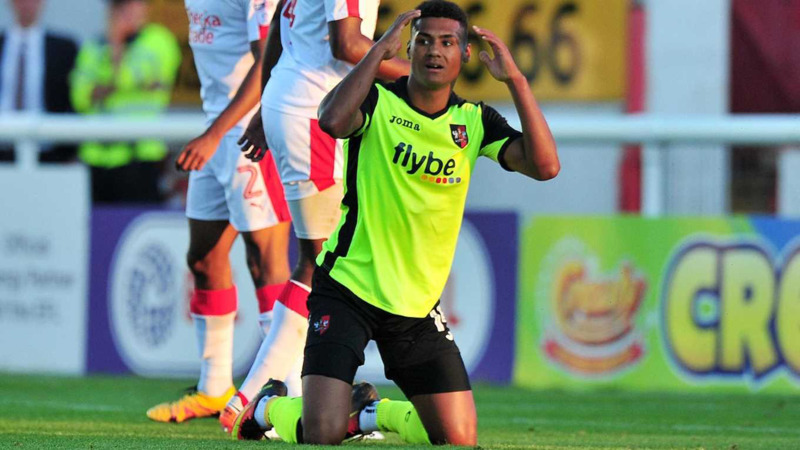