Playing locally in Bolton for Mossbank Junior, he represented the town schools team, and then the County side.

Rawlinson had games for Bolton Wanderers, Everton and Manchester United, but when the latter club offered him terms when he left school at the age of 16, he never hesitated.

Progressing from trainee to a full professional with Manchester United in July 1993, such was the competition that Rawlinson never tasted league football with the Old Trafford side.

He signed for AFC Bournemouth in July 1995 and went on to play in 79 league matches for them, scoring two goals. Rawlinson then moved to Exeter City in July 2000.

His first league game for the Grecians was against Mansfield Town in September 2000, when introduced as a substitute.

However, he never won a regular place in the team and after one season was released on a free transfer.

He joined Weymouth in August 2001 and stayed there for two seasons, before switching to near neighbours Dorchester Town in May 2003.

After a couple of trial games for Altrincham at the start of 2004-05, Rawlinson sat out the rest of the season, whilst in London.

When the lifelong Manchester United supporter found out what was going on with FC United, being formed for 2005-06 he jumped at the chance to get involved and was signed after a trial. 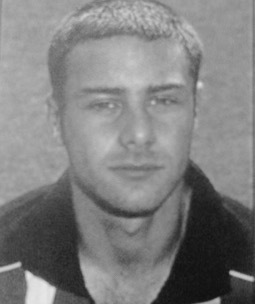