It was a game of very few shots on target, with Ollie Watkins having the Grecians best chance towards the end of the first half and Yeovil’s Thomas Eaves heading against the crossbar.

Having picked up their first win at home in the league against Mansfield Town last time out, City boss Paul Tisdale named an unchanged side.

That meant, despite injury concerns for both Reuben Reid and Craig Woodman going into the match, they both started and Ollie Watkins and Jake Taylor lined-up in midfield having scored on their last visit to Huish Park.

In a first half of very few chances it was, perhaps, Watkins who produced the best moment of quality as a stepover on the edge of the box gave him a yard of room and he fired a shot a foot over the crossbar.

Yeovil offered very little going forward in the opening 45 minutes, but were hampered by the departure of Swansea City loanee Ryan Hedges after eight minutes. He had been caught by a late challenge from Troy Brown in the early stages that he wasn’t able to run off.

Reuben Reid, a former Yeovil player, was the villain in the home crowd’s eyes as he was jeered every time he got the ball.

Reid’s best moment came when he fired David Wheeler’s cross towards goal, but Alex Lacey got a fortunate block on the effort with his head.

Lloyd James did set up another opportunity for Reid as he launched a long ball forward, but the 28-year-old striker couldn’t control the ball in time to prod a shot past former Grecians keeper Artur Krysiak who had come off his line quickly to block.

Watkins then had the first chance of the second half as Reid teed up a shooting chance for him on the edge of the box, but his scuffed effort ran safely into the arms of Krysiak.

That saw the home side rack up the pressure forcing a few corners in a row and a strong penalty claim when the ball struck Jordan Moore-Taylor’s hand in the box.

However, as the game approached the hour mark the Glovers still hadn’t had a shot on target to show for their efforts.

They came the closest to breaking the deadlock in the 61st minute as a cross from the right was headed towards goal that looped onto the crossbar.

Moments later substitute Liam McAlinden responded with a shot on the turn and then Lee Holmes curled and effort over. McAlinden then had another shot on 72 minutes, from a tight angle, that was well saved by Krysiak. 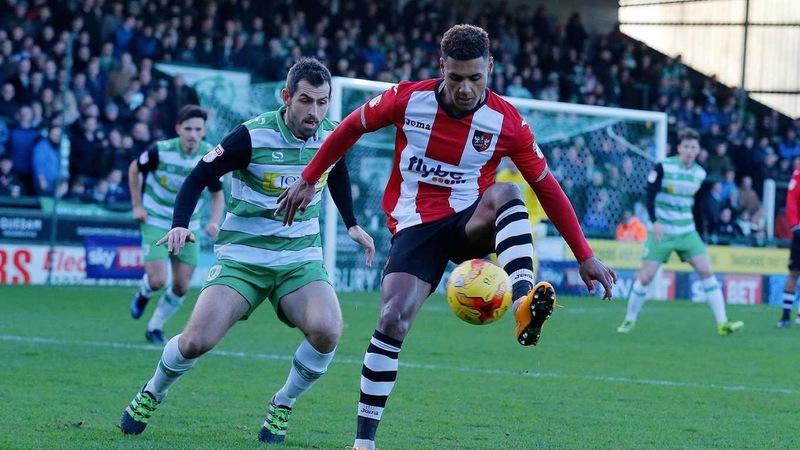