The rain couldn’t dampen the spirits of both sets of supporters ahead of an enticing encounter under the St James Park lights. The Grecians were unbeaten in their last ten games going into the clash with Gareth Ainsworth’s Wycombe who themselves went into the game sniffing at promotion.

It was Paul Tisdale’s side who had the first real sight of goal. A short corner routine between Craig Woodman and Reuben Reid allowed the full-back to deliver high to the back post. Jordan Moore-Taylor had the power over his marker, only to be denied by a scrawling save from Jamal Blackman in the Wycombe goal.

But it wouldn’t be long before the Wanderers defence was breached. Jack Stacey brought the ball down well on the right touchline and picked out super-inform David Wheeler who notched his sixth goal in six straight games, a club recorded which dated back to 1936. His poked finish put City ahead in the top of the table clash.

Troy Brown almost made it two as the Grecians threatened from set-pieces throughout. Despite this, so did the visitors who found themselves level before the break. A long corner evaded everybody bar skipper Garry Thompson, who completed the simple task set before him and pulled his side back into the game.

City’s crossing prowess almost proved productive after half-time. Lloyd James’ teasing free kick was missed by the onrushing Blackman but Brown could only direct his header onto the crossbar.

Just before the hour mark Paul Tisdale turned to his bench and in particular Ollie Watkins, and the future England international was thrusted straight into the heart of the action, going down in the penalty area under a hefty challenge from Marcus Bean. Little response from the man in black John Brooks.

The controversy was quickly forgotten as Brown finally found his reward at the third time of asking. From the right, Watkins fed in Stacey. With bodies amassed in the middle, the Reading-loanee picked out City’s centre-back at the far post, who swept the ball into the roof of the net. 2-1 City.

Two swiftly became three for the Grecians. Watkins again causing the defence issues. After a trademark step over-and-go, he found Joel Grant in acres at the back stick to finish the second goal in as many minutes.

On 88 minutes the visitors threatened a grandstand finish at SJP when Alex Jakubiak’s smart finish dragged the Chairboys within touching distance, but with Ollie Watkins at Exeter’s disposal, any hope was wiped away.

The City winger picked the pocket of Max Muller before drifting around the helpless keeper and firing the Grecians to a crucial three points and an 11th straight game unbeaten. A wonderful performance from Tisdale’s side put them firmly in the sights of a promotion push despite having been rooted to the foot of the League Two table just two months prior. 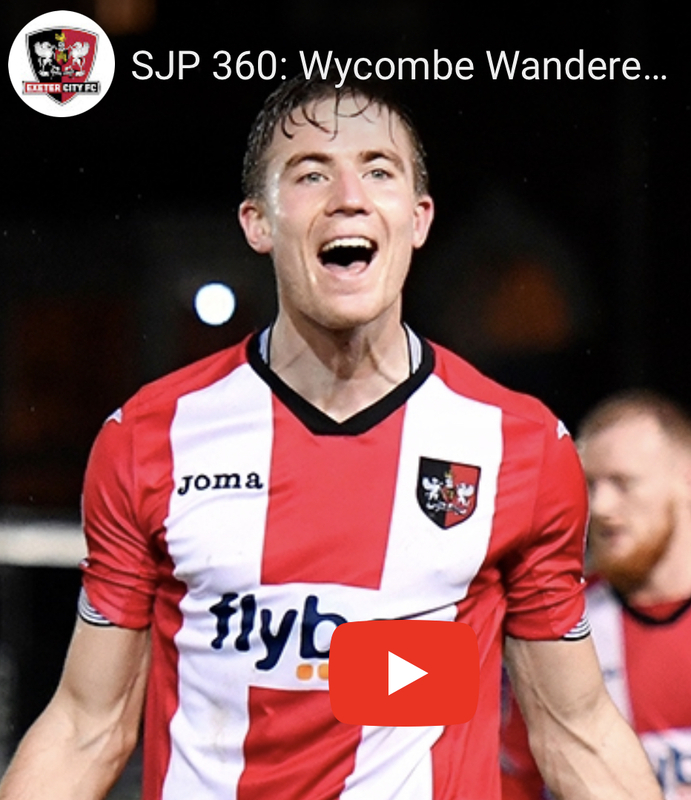